On July 19, we’ll host three mystery writers who live in the Philadelphia area for a panel discussion of their craft.  Merry Jones is the author of the popular Philadelphia-based Zoe Hayes mysteries, including The Nanny Murders, The River Killings, The Deadly Neighbors, and The Borrowed and Blue Murders. Her most recent book is Child’s Play. Jon McGoran is the author of eight novels and numerous short stories, including the ecological thrillers Drift, Deadout, Dust Up, and Down to Zero. Writing as D. H. Dublin, he is the author of the forensic crime thrillers Freezer Burn, Blood Poison, and Body Trace. Dennis Tafoya was born in Philadelphia and now lives in Bucks County, Pennsylvania. He is the author of the novels Dope Thief and The Wolves of Fairmount Park, as well as numerous short stories. His most recent book is Poor Boy’s Game. Join us next week to learn from these wonderful local talents!

Rosenblog: How have you used Philadelphia in your fiction?  Is there anything special about this geographical area that connects well with mystery and crime?

Dennis Tafoya: All three of my books are set in and around Philadelphia, and the darker aspects of Philly’s history provide a great background for crime stories. In my novel The Poor Boy’s Game, I mined the Roofers’ Union scandals of the 1980’s and used the real-life connection between officials in the union and Philly boxing clubs as inspiration for the corruption and violence in the novel. A lot of excellent reporting on Philly’s drug corners from the Inquirer and other Philly papers helped provide the background for the story of a heroin addict caught in the crossfire of rival drug gangs in my second novel, Wolves of Fairmount Park. 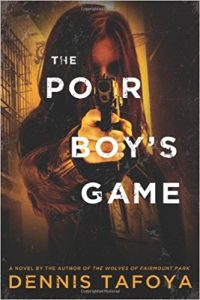 Merry Jones: My suspense novels are contemporary, and most of them are set in Philadelphia. Obviously, setting is vitally important in fiction–it determines not just the time and place, but also the norms, rules, culture, mood, and assumptions of the characters in that time and place. Because Philadelphia is so rich in diverse neighborhoods and geography, it provides a huge variety of potential settings. A rambling old Mount Airy house surrounded by hundred year old trees and overgrown hedges. A cramped rowhouse on a half-gentrified pothole-filled street in South Philly. A lumbering, fenced-off mental institution in West Philly. The boathouses along the Schuylkill River–and the dark water of the river itself. These are just a few examples of settings I’ve used–different worlds, all in Philadelphia.

Jon McGoran: All but one of my books so far have been set partially or primarily in Philadelphia. It’s a great city to set mysteries and crime in, partly because it has such history and such a history of crime, both real and fictional. But it’s also a city with a lot of dramatic settings, and a lot of different types of settings in easy proximity to each other. Especially if you’re writing a procedural, that’s incredibly handy. You need a ritzy mansion eight minutes from a drug house and ten minutes from a world-class museum? Philadelphia has got you covered! 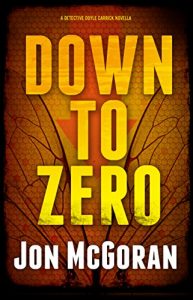 RB: In our exhibition, Clever Criminals and Daring Detectives, we feature published criminal biographies from 17th and 18th Centuries that claim to be true stories, but today would be branded as fiction.  Do you use true crime stories as inspiration for your works?  How true to life does crime and mystery fiction need to be for readers?

Tafoya: I think readers want to feel that crime fiction has a basis in reality, and always seem to be very interested in the real crimes that lurk behind our stories. It probably helps that every crime writer I know is a junkie for true crime stories. We follow them obsessively and trade books and articles on obscure and sensational stories.

McGoran: I can’t say that any of my books have been inspired by specific crimes in Philadelphia or elsewhere, but it all goes into filling the well that I draw from. That said, I do believe that crime and mystery fiction, just like all fiction, has to be absolutely believable, no matter how outlandish. A lot of that is about writing true-to-life characters, but with crime and mystery fiction, you often must also come up with a crime that is compelling in some way–in its ingeniousness or spectacle or subtlety or viciousness–but that is also believable. The same is true of the solution of the crime–it is often intended to be brilliant, but it should never be unbelievably so. Whatever you’re writing, you must be careful to never lose the reader’s trust or suspension of disbelief, and compared to non-genre fiction, crime and mystery fiction gives you a lot more opportunity to do just that.

Jones: True stories and personal experiences inspire many of my books, but I focus not so much on specific crimes as on the social issues underlying them. My first mystery, The Nanny Murders, evolved from the true story of a woman forced to give up her illegitimate child in the early 60’s. My agent had me rewrite it eight times until the surrendering birthmother became an adoptive mother, and the birthmother became a mental hospital patient. (At the time, the original true story was deemed too controversial for publication.) Since then, each of my novels has intended to draw attention to particular dark aspects of reality. The River Killings is about human trafficking. The Deadly Neighbors deals with dog fighting, The Trouble with Charlie with pedophilia, Elective Procedures with our mad obsession with physical beauty, Child’s Play with child abuse and flaws in our juvenile justice system. I think readers of crime and mystery fiction demand that we keep our work true to life. They’re sophisticated and well-informed, and they won’t buy into a book that is contrived, unrealistic or far-fetched. 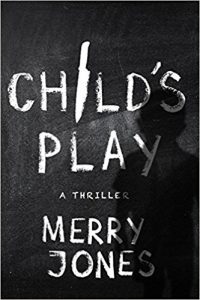