This small French flag is a nearly 100-year-old souvenir of the visit of an important World War I figure to Philadelphia. According to its envelope, this is a “Flag thrown from Marshal Joffre’s automobile while visiting Phila. Pa- May 9-1917.”

Joseph Jacques Joffre had been commander of the French army during the Battle of the Marne in September 1914. He had kept the French forces together and pushed back the Germans in that important early battle. He did not fare so well in the prolonged trench warfare that followed and in December 1916 was removed from command of the army. But he was still a hero, and was well-known in America, so when America declared war on Germany in May 1917  the French sent him along with Lord Chancellor Rene Viviani as part of a delegation to the United States.

The delegation’s main aims were in Washington, where they hoped to gather information and influence budding military policy. But Joffre and Viviani also embarked on a weeklong goodwill tour; among their stops were St. Louis, where John S. D. Eisenhower notes that Joffre “endeared himself to democratic Americans by going to a barbershop and unobtrusively waiting his turn for a haircut,” New York, and of course Philadelphia.

In the course of a 5-hour visit, the delegation was whisked to the city’s most iconic sites, including Independence Hall, the Liberty Bell, the Betsy Ross House, and Ben Franklin’s grave, and those with a Franco-American bent, including Girard College and the statue of Joan of Arc in Fairmount Park.   Philadelphians thronged the streets to see the motorcade, the crowd presumably included the man who collected and saved this flag. The article below from the May 19, 1917 edition of Editor and Publisher gives a brief account of Joffre’s time in Philadelphia and includes a picture of him receiving a ceremonial sword. The child on the left may be the “Little Miss 1776” mentioned in the article, there was also a “Little Miss Belgium”–the daughter of an actual Belgian refugee, and a “Little Miss France” 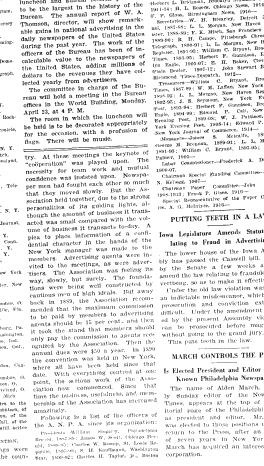 In accepting the sword Joffre claimed that “the honor of this gift is particularly dear to me because it is an honor conferred on me in the place where American independence was born and I am here as a representative of that other great democracy. But above all what gives me the deepest pleasure and touches me most closely is that this gift is a present of the people.”

For more on Joffre’s visit to Philadelphia including additional pictures, you can check out the Library Company of Philadelphia’s blog.   Historynet.com’s article on Joffre also goes into great detail about his full American trip and what it accomplished.