On November 14, 1851, Herman Melville’s Moby-Dick, or the Whale was published by Harper Bros. in the United States. Although not well-received by the critics and reading public at the time, this novel is now recognized as a masterpiece of literature. The Rosenbach has a substantial collection of Melville’s letters and first edition of his books, many inscribed by the author to friends and family. Our founder, Dr. A.S.W. Rosenbach, greatly admired Moby-Dick and wrote a short introduction to the novel that was used for a 1926 edition by Doubleday.

On November 18, 2017, our inaugural Moby-Dick Celebration was a rousing success. Nineteen people read eleven chapters from Melville’s masterpiece to a continuously packed room at the Rosenbach in honor of its book birthday. Dr Peter Norberg from St Joseph’s University, who is currently teaching a Moby-Dick Course here at the Rosenbach, gave a brief introduction to the novel, followed by some quotations from the novel’s “Extracts” section. Then novelist Gregory Frost kicked off the readings with the words: “Chapter One, Loomings. Call me Ishmael.” Other readers included Grover Silcox (WLVT reporter and Philly Comedy legend), Nathaniel Popkin (Philly historian and novelist), Ernest Hilbert (poet), Helen McKenna (National Park Service Ranger), Alexander Eisenthal (professor for next year’s Moby-Dick Course), members of the current Moby-Dick course, and local Rosenbach supporters and Melville fans. Folksinger Jonathan Houlon also read and led the crowd in singing sea shanties.

Rum was drunk. Some of Melville’s majestic words were read aloud. The plan is to make this a yearly gathering, and ultimately expand to a 24-hour marathon reading of the entire novel. The next Moby-Dick course begins in May next year (6 monthly sessions May-Oct 2018) and registration will open later this month. The bicentenary of Herman Melville’s birth is in 2019.

Thank you to everyone who came to help us celebrate one of the greatest books ever written.  As our founder, Dr. Rosenbach wrote:

“I have no doubt that Moby-Dick, the White Whale, still lives deep down in the profundities of the sea, and every reader of Herman Melville who crosses the great oceans expects some day to meet him in his huge, quivering flesh. For Melville created in Moby-Dick something that will survive as long as the sea itself, an incarnation that will grow more vivid, more permanent with the roll of years.” 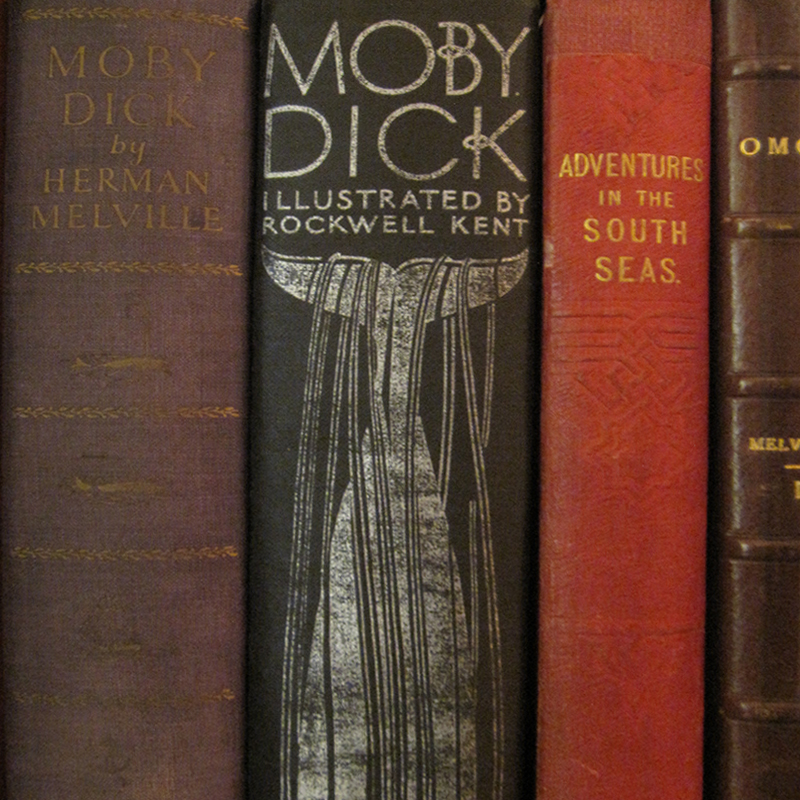 One thought on “Call me Rosenbach.”