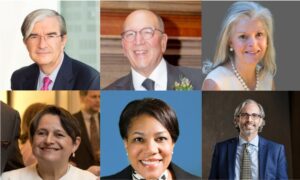 The Rosenbach is pleased to announce that Benito Cachinero-Sánchez has been elected Chair of its Board of Directors, effective July 1, 2022. Benito has served on the board of directors since 2017 as a crossover member from the Free Library of Philadelphia Foundation and has been an active and passionate supporter, providing thoughtful guidance to the Rosenbach as it advances its mission within the Philadelphia community and beyond.

Benito is a Senior Advisor with Egon Zehnder, a global leadership advisory firm that engages with Boards, CEOs, and senior executives in solving complex business challenges. Prior to that, he spent thirty years as a corporate executive in large companies such as Johnson & Johnson, ADP, and DuPont. An avid reader, Benito has been a supporter of the Rosenbach for many years. A resident of Philadelphia, he holds a BA in Political Science and Sociology from Universidad Complutense in Madrid, two MA degrees from the University of Pennsylvania, in Demography and Sociology, and an MBA from IESE.

The Rosenbach community extends gratitude and appreciation to former Chair of the Board of Directors, Peter Nalle, for his service and direction. Peter was elected chair in 2019 and will continue to serve on the board as chair of the Finance and Budget Committee, bringing valuable insight from his accomplished career in publishing. Benito remarks, “On behalf of the Rosenbach Board, I want to thank Peter for his dedication and leadership during the very difficult pandemic years.  Partnering with the Board and staff, he skillfully navigated a difficult environment from which the Rosenbach has emerged stronger and more relevant than before.”

In addition to this appointment, we are delighted to welcome five new directors to the Board of the Rosenbach. Bob DeMento, Karen James, Genie Murphy, Robin Pinder-Herndon, and Darren Winston bring their passion for the written word and their belief in the Rosenbach mission to create access to the collection. “I’m thrilled with this outstanding slate of Rosenbach Board members and the diverse experiences and perspectives they bring,” said Director Kelsey Scouten Bates. “Likewise, incoming Chair Benito Cachinero-Sánchez, whose leadership on non-profit boards such as WHYY, Library of America, and the Free Library of Philadelphia Foundation, along with his impressive corporate experience, combine to provide the Rosenbach with seasoned leadership and strategic vision.”

Learn more about each of the directors below. 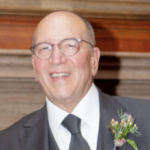 Bob is a familiar face in the bibliophilic community of Philadelphia. A lover of literature and an avid collector with a keen interest in 19th-century works, Bob’s interests connect well with the Rosenbach collection. He has served as a board member and trustee at the Library Company of Philadelphia and on the advisory board of Camp Dreamcatcher. Bob and his wife, Kitty, have taken several courses at the Rosenbach, and are regulars at programs such as Sundays with Frankenstein and Sundays with Jane. With a long, successful career in wholesale provisions distribution, beginning with his company, Brooks Provisions, Inc., Bob now works with Brandywine Marketing Associates. He holds a BA in Arts from Villanova University, and resides in Media, PA. Outside of his collecting interests, Bob has read excerpts from Ulysses for Bloomsday and recently produced a documentary. 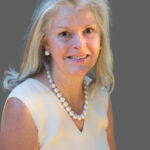 Residing in Connecticut, Karen frequently travels to Philadelphia, where her children have been students at University of Pennsylvania. Karen has served on the boards of Stanford University, Bucknell University, and Clinton Health Access. Currently retired, Karen has an impressive background in finance, having worked in international investment banking at Morgan Stanely, Paribas Capital Markets, and Credit Suisse First Boston. She holds an AB in Government from Smith College, and an MBA from Stanford University’s Graduate School of Business. Karen’s passion for education and engaging younger audiences has driven her to involvement in organizations such as Generation Enterprise and now, the Rosenbach. 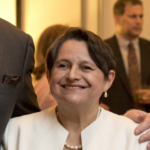 Genie is a familiar face at the Rosenbach. Genie and her husband, Jim, have been active members of the Delancey Society since 2016. A Rittenhouse local, Genie is involved with Friends of Curtis, Open Arms Adoption Agency, and St. Mark’s Episcopal Church. She has served on the Development Committee of the Rosenbach since 2016 and encourages ideas that stay true to the Rosenbach’s mission to attract new generations of book lovers. Currently retired, Genie brings the experience of a rich career in diplomacy and government affairs, having held advising positions in the US Department of Transportation, the Office of the Secretary of Defense, and the US Department of State, among many others. She has been awarded many honors, including the US DOT September 11 Medal, US DOT Team Gold Medal for Service in Iraq, and the Meritorious Honor Award from the US Department of State. 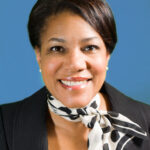 A lover of art and rare books, Robin holds a BA in Economics from Trinity College, a JD from American University, and has been a speaker and panelist for many engagements related to law. She works as Senior Research and Development Counsel at Varian, a Siemens Healthineers company, and brings professional experience in compliance, business operations, and governance. She volunteers her time with Forum of Executive Women, Life Sciences Peer Group, and recently started a Philadelphia-based networking group for professional women who love wine. Robin is passionate about inclusive programming and is interested in advancing the Rosenbach’s mission to diversify and expand audiences. She lives in Mt. Airy with her husband, Bruce. Robin and Bruce are active docents at the Philadelphia Museum of Art and are frequent visitors to the Morgan Library & Museum. 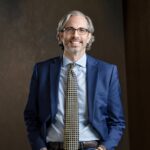 Darren is the Head of the Books and Manuscripts Department at Freeman’s Auctions. A dedicated collector himself, Darren began a career as a vintage bookseller in 1995, opening his own bookshop in Sharon, Connecticut. With his election to the board, Darren brings not only his expertise, but a passion for making the collections of the Rosenbach more accessible to the broader public. Now a Philadelphia local, he relocated from Connecticut in 2018 with his wife, Lucinda, and his family. Darren has served as a consultant to Columbia Records and the Fine and Rare Books Department of British luxury company Asprey, and has worked with authors such as Salman Rushdie and Dominick Dunne. Outside of his passion for rare books, Darren plays guitar in the Harlem Line Band.