I’ve written before about our current Freedom Train exhibition , but one element I ran across in my research and was unable to include in the exhibition was an episode of the popular Cavalcade of America radio show promoting the train. At a half-hour long, it was too long for exhibit audio, but I thought web visitors might have a bit more time for a listen to this fascinating period radio drama: you can listen through the audio player below, or you can download an MP3 from archive. org
The episode, starring Shirley Booth and Eddie Albert aired on April 12, 1948, when the train itself was in Wenatchee, Washington. In the show, a reluctant Freedom Train visitor falls into a daydream and visits dramatic moments in American history. A newspaper ad (quoted in Shirley Booth: A Biography and Career Record) gives this synopsis:

Eddie Bullock was afraid…afraid of visiting the Freedom train because it would take his lunch hour; afraid of his boss; afraid of going it business for himself. One day on the Freedom Train with his girl Marge, he suddenly realized what the world would be like if other men in other times had been afraid to push ahead, to work and strive and sacrifice

Cavalcade of America itself has an interesting history, one that echoes certain aspects of the Freedom Train. Calvalcade was an American history program sponsored by Dupont and had an extremely long run: 1935-1953 on the radio and 1952-57 on television. Dupont’s aim in sponsoring the show was to overcome its bad publicity from WWI gunpowder profiteering (revealed in a 1935 report) and to associate itself with a positive view of American history that focused on “the rugged scene of American struggle”  and avoided discussion of war.  Like the Freedom Train, the show sidestepped matters of potential controversy, including race and labor. Frank Monaghan, who would later serve on the document advisory committee  and a writer for the Freedom Train, was a historical advisor for Cavalcade and although the show didn’t get the ratings of some other dramas and comedy acts, it proved popular with educators.

If we’ve piqued your interest in the Freedom Train and its presentation of American history, be sure to stop by and see the exhibit before it closes on November 1. If you stop by this Saturday (9/24) we are having our annual open house; we will be free all day and in addition to the exhibits, you can enjoy self-guided walks through the period house. So come join us. 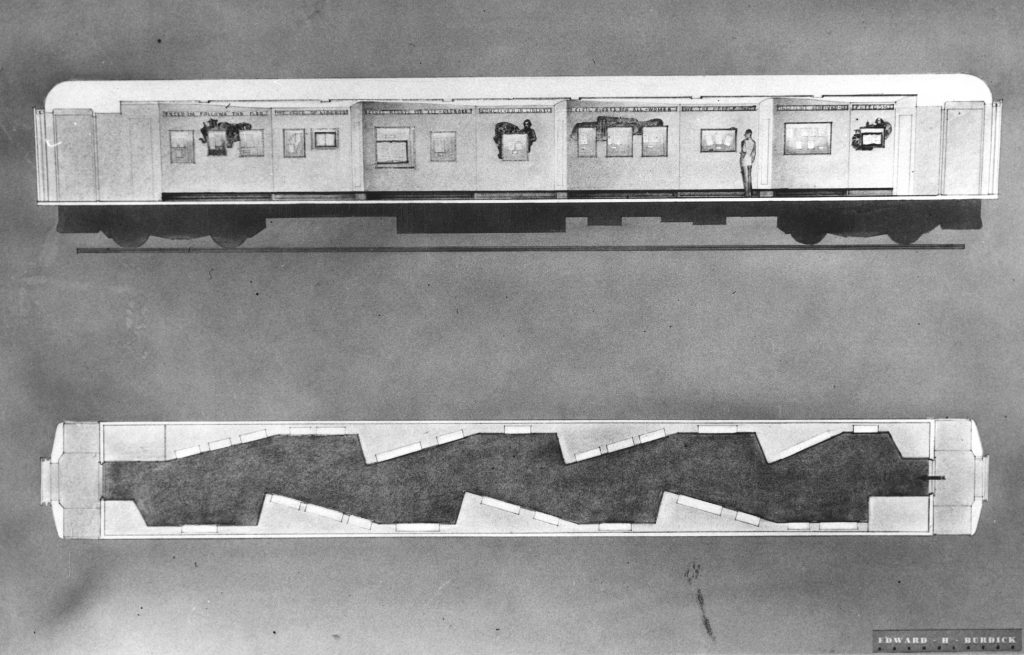