This Cruikshank illustration comes from an 1838 book of Christmas stories, but tale’s description of the bustle and burden of holiday travel (and, of course, the centrality of turkeys to holiday feasting) could equally apply to a modern Thanksgiving.

In trudging a few miles along the turnpike road with Mr. Charlton, I could not but observe the bustle that prevailed. Every traveller had a holiday appearance ; there were an unusual number of caravans, wagons, and vehicles of all kinds, the coaches were unmercifully loaded, and the coachmen had an  air of more than common importance. One stage coach could hardly get up a chalky hill that it had to ascend, though six horses were attached to it, so heavy was the pile of hampers, baskets, packages, and parcels piled on the roof.

Mr. Charlton said that it reminded him of once seeing the Norfolk  coach, so loaded with turkeys, that it ought to have been called the turkey stage. There was scarcely any thing to be seen but turkeys, so piled was the outside of the coach, and so crammed the inside, that they wanted nothing in the world but a turkey for a coachman, and another for a guard to render the thing quite complete. ” I should hardly have been surprised,” added he, “to see a turkey or two running after the coach, labelled round the neck “for Leadenhall Market,” and screaming out that their places had been booked three days before.”

Happy Thanksgiving from all of us at the Rosenbach! 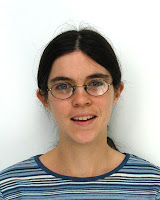