In addition to the great pleasures of hearing and talking about Ulysses, a Rosenbach Bloomsday brings smaller pleasures, one of which is people-watching. Government officials and philanthropists, actors and academics, artists and students, dogs and babies mingle in the crowd. Some (well, not so many of the dogs or babies) bring their own well-worn books and read along, a few newbies wander through and scratch their heads in complete bewilderment; most people are somewhere in between. Many dress to celebrate the occasion: there’s always a sprinkling of straw boaters, and from time to time people in period waistcoats and even dresses. Even more wear thematic T-shirts.  Some shirts are simply Irish-themed, others specifically Ulysses-related, and occasionally there’s one from a Bloomsday elsewhere. But most are official Rosenbach merchandise. In addition to the ones bought on the spot every year, you’ll always see a good number of shirts from previous years.  For me, it adds to the day’s class-reunion feeling as supporters and collaborators, some new and others of long standing, turn up with souvenirs from our shared past.

Having worked at every Rosenbach Bloomsday since the beginning, I own complete collection of T-shirts. Since we can’t share them in person this time, imagine these designs on the crowd in your mind’s eye as you listen to our virtual readings. Many people listening with us will be wearing theirs at home.

Here’s the original design, made for the first Bloomsday in 1993 and kept for the next ten years. (For a few of those years there was also a white version with blue lettering.) 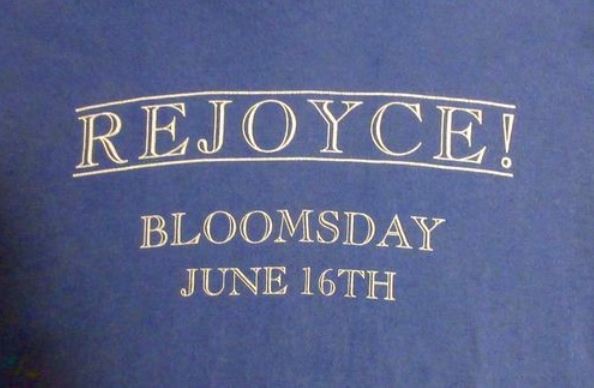 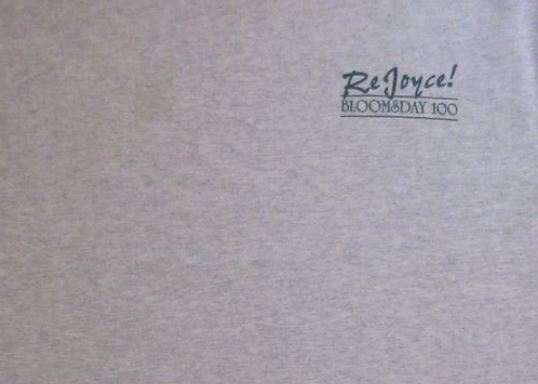 Since that design was specific to the year, in 2005 we had to change it again.  The new design went with that year’s Bloomsday theme, “Ulysses and the Press.”

The Rosenbach has always had artists among its staff members, and many of them have designed shirts for the event. The 2006 shirt is by Lee Smith.

Lee’s Joyce portrait was retained in 2007, with Hebrew-inspired lettering on the back to evoke the year’s theme of Joyce and the Jewish people, in accord with the exhibition “Chosen: Philadelphia’s Great Judaica.”

The 2008 shirt was the first to be designed by Philadelphia artist Robert Berry, who had just launched his graphic adaptation, Ulysses “Seen.” 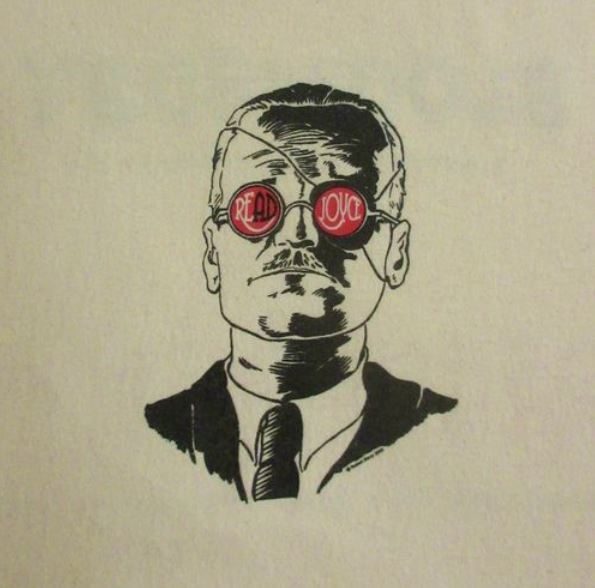 I do have one of the 2009 shirts, designed by staff member Lauren Abshire, but haven’t been able to find it.  It’s sage green with a white flower and red lettering reproducing the passage in the manuscript that reveals the “word known to all men.” If you have one, please post a picture so we can complete the set!

In 2010 staff member Teresa Bonaddio created another portrait of Joyce, in typography: 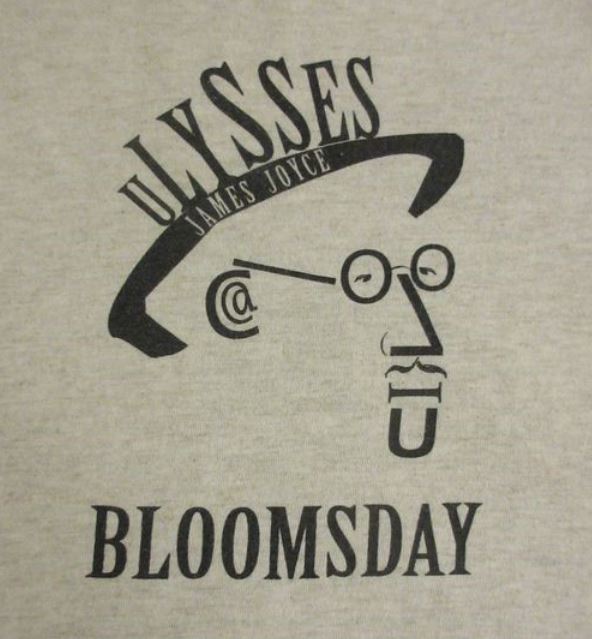 Robert Berry returned with Josh Levitas for 2011, when the theme was Joyce in Paris. 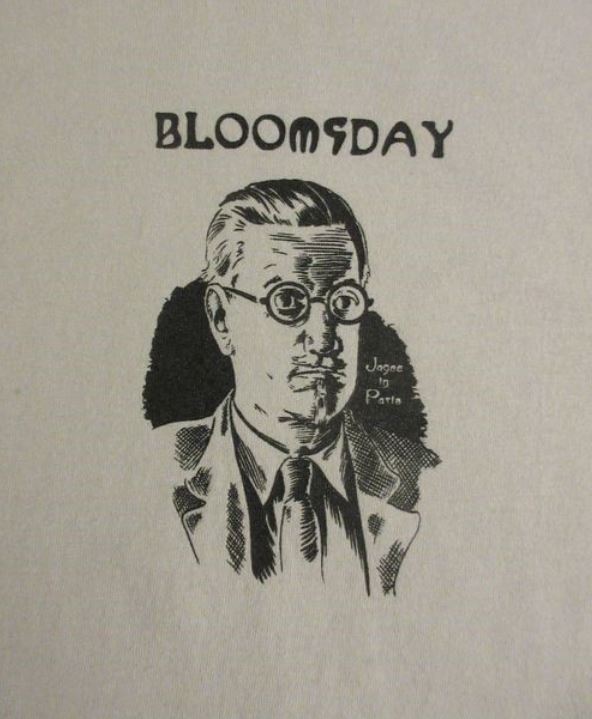 The 2012 shirt, again by Lauren Abshire, is interesting from a material text standpoint, as it features a passage from Telemachus about the commodification of art. (As a bonus, it also mentions a shirt). 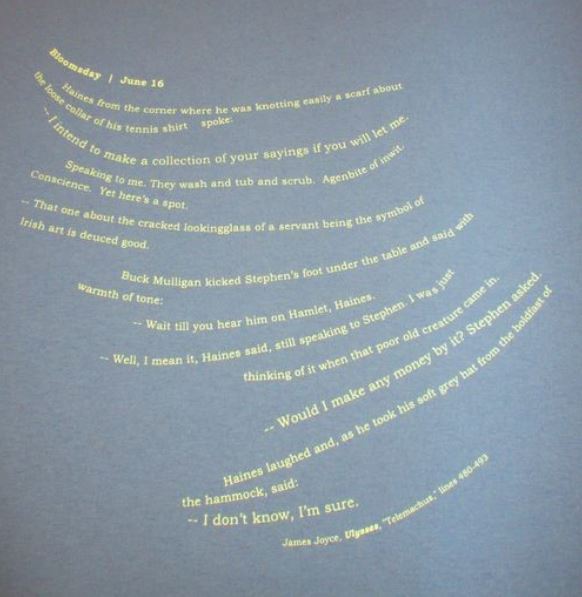 In 2013 staff member Andrew White added to the gallery of Joyce portraits. This one also came in olive green. 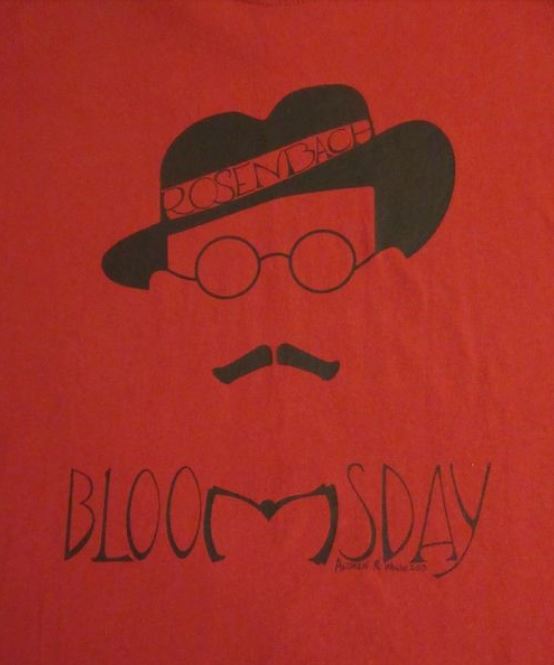 Andrew’s 2014 design depicted Joyce as a giant of literature, one with a very familiar relationship with the Rosenbach. 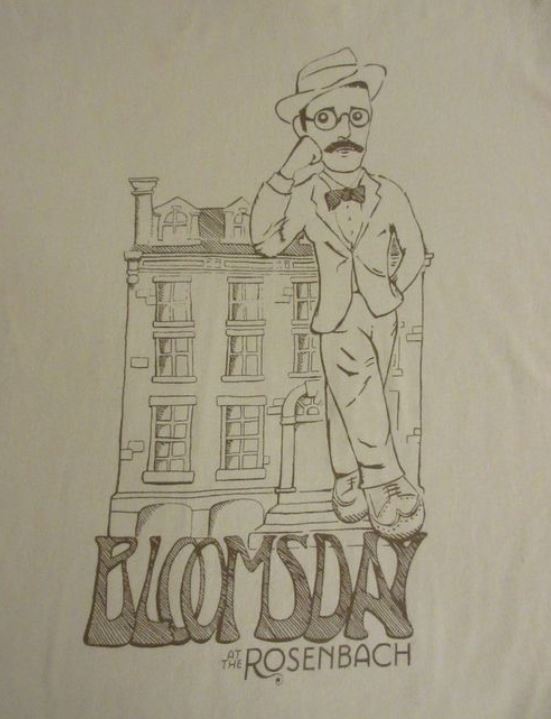 The building reappeared in his 2015 design, merged this time with Leopold Bloom: 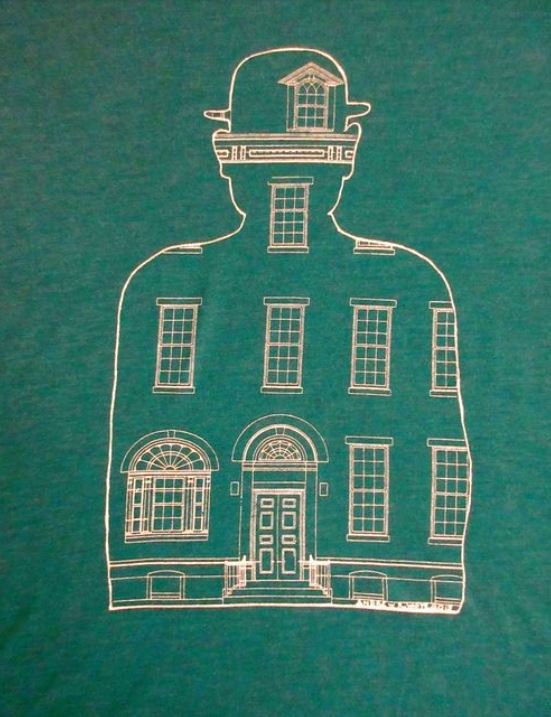 In 2016 we couldn’t bear to choose between the work of two staff artists, so we produced both. Here’s Christina Doe’s: 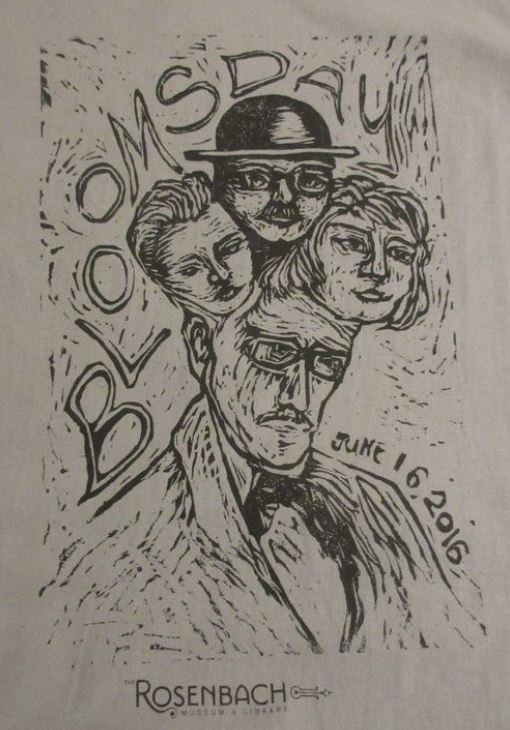 And this is by Elizabeth Chong: 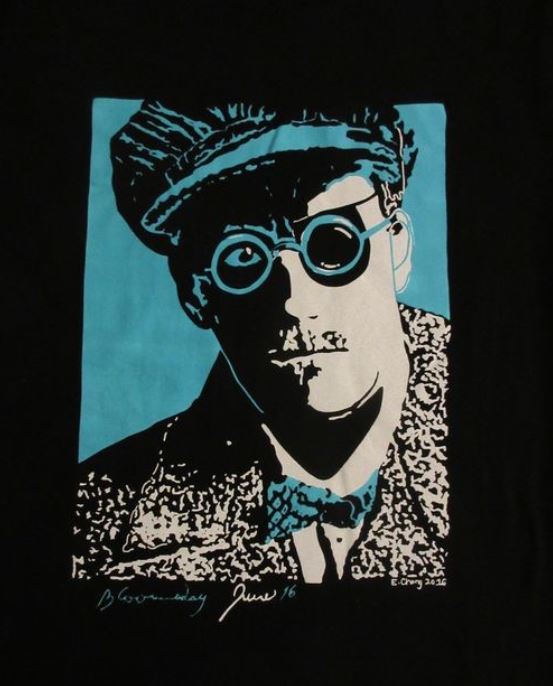 Rob Berry added to the Bloom gallery in 2017 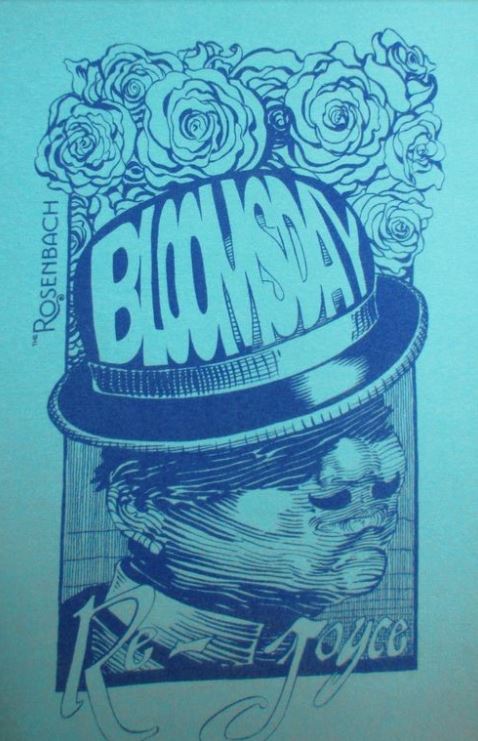 In 2018 Kay Healey, who was among the artists represented in our exhibition “Of Two Minds: Creative Couples in Art and History,” gave us a depiction of the Martello Tower where the story begins. 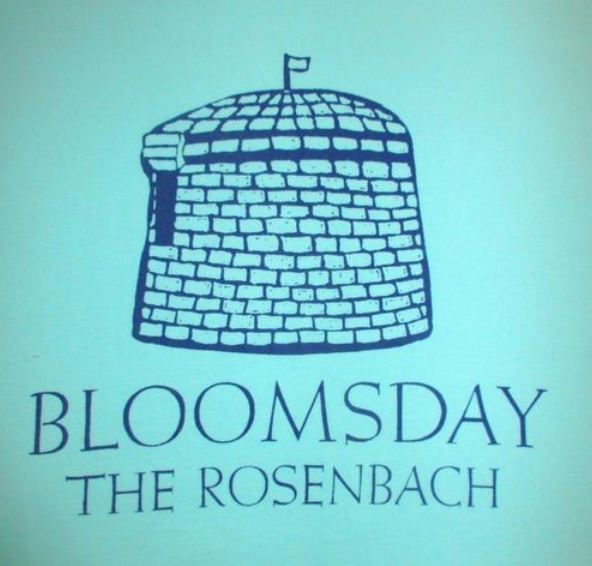 In last year’s shirt, again by Rob Berry, we moved to the other end of the book where Molly has the final word. 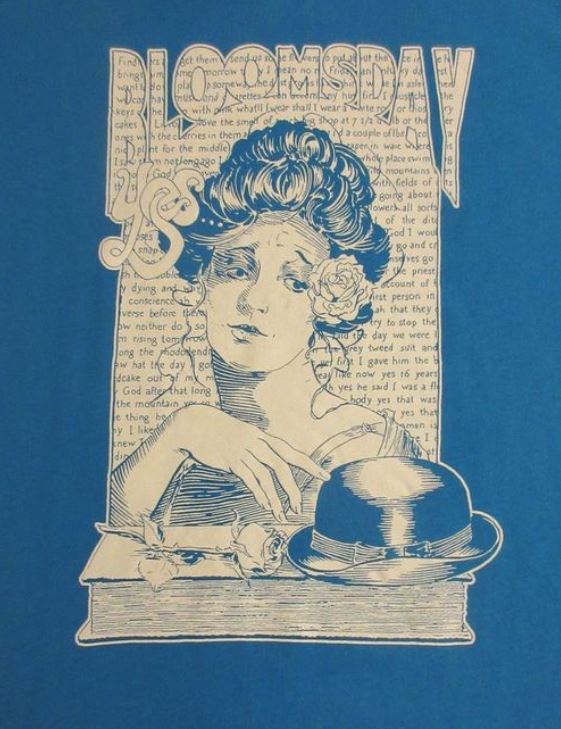 Do you have a Rosenbach Bloomsday shirt? More than one? A variant not shown here? Which is your favorite? What’s the farthest or most unexpected place you’ve or worn one to, or seen someone else wearing one? Let us know, and share your pictures in the comments!

Tune in to our Virtual Bloomsday Festival on Tuesday, June 16.