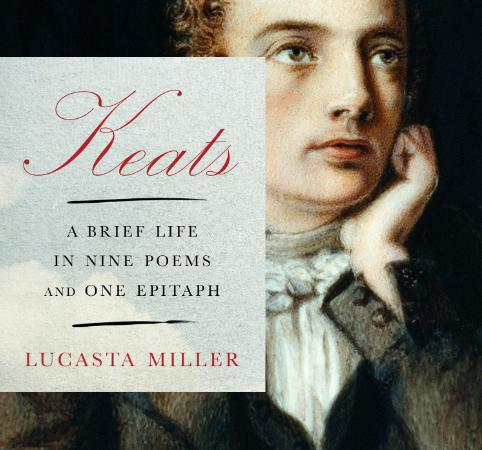 The epitaph John Keats composed for his own gravestone – ‘Here lies one whose name was writ in water’ – seemingly damned him to oblivion. When he died at the age of twenty-five, having taken a battering from the conservative press, few critics imagined he would be considered one of the great English poets two hundred years later, though he himself had an inkling.

In this brief life, Lucasta Miller takes Keats’s best-known poems – the ones you are most likely to have read – and excavates their backstories. In doing so, she resurrects the real Keats: a lower-middle-class outsider from a tragic and dysfunctional family, whose extraordinary energy and love of language allowed him to pummel his way into the heart of English literature; a freethinker and a liberal at a time of repression; a human being who delighted in the sensation of the moment; but a complex individual, not the ethereal figure of his posthumous myth.

Combining close-up readings of his writings with the story of his brief but teeming existence, Lucasta Miller shows us how Keats made his poetry, and explains why it retains its vertiginous originality and continues to speak to us across the generations.

Dr. Lucasta Miller is a critic and biographer. As the author of The Brontë Myth, she has published and lectured widely on the Brontë sisters and their afterlives. More recently, her research has focused on their ‘before-lives’: the Romantic and post-Romantic influences that made them and the literary marketplace in which they made their names.

In 2019, Lucasta’s book L.E.L.: The Lost Life and Mysterious Death of the Female Byron was shortlisted in the US for the National Book Critics’ Circle Award. Its subject, Letitia Landon, was a popular poet of the 1820s and 1830s who influenced the Brontës.  Her latest book, Keats: A Brief Life in Nine Poems and One Epitaph, was picked as a standout title for 2021 by The Sunday Times, The Times, The Financial Times, The Evening Standard, The Daily Mail and The Guardian.

A former visiting scholar at Wolfson College, Oxford, and a former visiting fellow at Lady Margaret Hall, she holds a PhD by publication in Life-writing from the University of East Anglia and is currently an Honorary Research Associate at UCL and a Royal Literary Fund Fellow. She was a judge on the Man Booker Prize in 2009 and in 2011 helped launch the short book imprint Notting Hill Editions as its editorial director. Prior to the pandemic, she ran a creative writing class at the charity Women for Refugee Women.