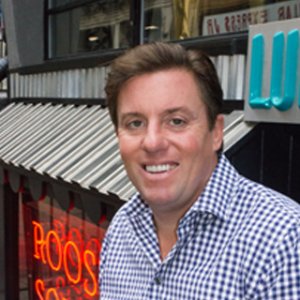 Rev. Bill Golderer serves as president and CEO of United Way of Greater Philadelphia and Southern New Jersey (UWGPSNJ), where he oversees the organization’s work to fight poverty by investing in youth success and family economic stability. Bill also serves as senior pastor at Arch Street Presbyterian Church. Prior to joining UWGPSNJ, he was the founder of Broad Street Ministry, which enables cross-sector collaboration to lift people out of homelessness, and has become known for the inclusive service it extends to community members in need. Bill is a graduate of Southern Methodist University (B.A.) and Yale University Divinity School (M.Div.), and he is an Ordained Minister in the Presbyterian Church, PC (USA). He has authored a number of articles and op-eds, contributed to several books, and has been a commentator for Huffington Post, CNN, and The History Channel. Bill continues to lecture and teach coursework at institutions including Princeton Theological Seminary, the Wharton School of Business at the University of Pennsylvania and is a Senior Fellow at Fels School of Government at UPenn. He serves on several governing and advisory boards of arts, social service, and social innovation organizations in the Philadelphia area. In 2010, he was named as one of Philadelphia’s 101 Emerging Connectors by Leadership Philadelphia and in 2017 Philadelphia Magazine recognized him as one of the 100 Most Influential Philadelphians.

About the Three Looks at Jonah Mini-Series

From Father Mapple’s sermon to the very premise of the whale, the Biblical figure of Jonah hovers throughout Herman Melville’s Moby-Dick. The ancient story of Jonah is a shared text that has influenced literature and religion across cultures and centuries. In conjunction with The Rosenbach’s exhibition American Voyager, scholars and faith leaders from Philadelphia will explore the importance of the prophet Jonah to understandings of Judaism, Christianity, and Islam.