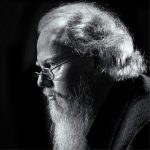 Edward G. Pettit is the Sunstein Manager of Public Programs at The Rosenbach. In a former life, he taught monster books at a Philadelphia University. When not participating in reading marathons, he can usually be found at literary-themed cocktail parties. 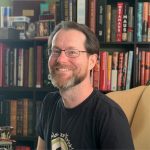 Tucker Christine first picked up the novel Dracula as an act of defiance in the third grade. He hasn’t put it down since. Tucker has been a musician, an audio engineer, an automotive machinist, and a caterer. He currently resides with his wife, daughter, and son in Bensalem where he operates a BBQ catering company with his brother, and leads the instrumental band Pleated Gazelle. Through it all he has been a lifelong reader, fan, and collector of all things Dracula. 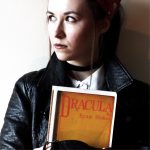 Mary Going is a PhD candidate at the University of Sheffield, exploring depictions of Jewish characters, myths and legends in late-eighteenth and early-nineteenth century literature. Along with Lauren Nixon she is co-organiser of Sheffield Gothic and the Reimagining the Gothic project, and is also lead organiser of the Gothic Bible project which hosted a ‘Buffy and the Bible’ conference in 2019 – complete with an evening Buffy singalong. Her publications include a chapter on Jewish vampires in Horror and Religion (UWP, July 2019), an article on witches, Jewish persecution, and sexual violence in Ivanhoe (in Bible and Critical Theory, 2019), and a forthcoming chapter exploring Supernatural and police procedurals. She is also the current Web Officer for the International Gothic Association. 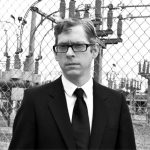 Josh Hitchens is a Philadelphia-based theater director, actor, and playwright. He has written and performed several adaptations of classic horror novels, including Stoker’s Dracula (which he researched at The Rosenbach), Mary Shelley’s Frankenstein (performed at the Mutter Museum), The Legend of Sleepy Hollow (performed in Clark Park with Curio Theatre Company), and The Picture of Dorian Gray (performed at the Ebenezer Maxwell Mansion). His original solo plays include The Confession of Jeffrey Dahmer and the autobiographical Ghost Stories. Josh also writes and narrates the podcast Going Dark Theatre, which explores in-depth tales of hauntings, unsolved mysteries, and horrific history. The podcast is available on iTunes, Apple Podcasts, Spotify, and Podbean. joshhitchens.weebly.com 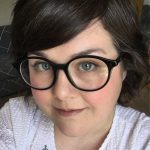 Dr. Lauren Nixon recently acquired her PhD at the University of Sheffield, under the Centre for the History of the Gothic. Her thesis is titled ‘This trade of Death’: war and the figure of the soldier in Gothic fiction, 1764 – 1826, and her research interests are in the representations of masculinity, war, and national identity across the centuries. She is the co-organiser of the postgraduate collective Sheffield Gothic and the Reimagining the Gothic project, which seeks to promote accessible and diverse research in the field of Gothic studies. Alongside co-organiser Mary Going, Lauren recently launched the Sheffield Gothic YouTube channel. Outside of her academic life, Lauren is an avid consumer of a variety of pop culture and will argue, if given the chance, that almost any piece of literature or media could be considered Gothic. 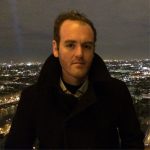 Josh O’Neill is an Eisner and Harvey Award-winning editor, author and curator, as well as the co-founder and publisher of the Philadelphia small presses Locust Moon and Beehive Books, where he explores the unique capacities of graphic art and visual storytelling through art history, creative collaboration and experimental publishing. He is currently in the midst of a headache-inducing attempt to produce a particularly insane and ambitious edition of Dracula.

November 8: Sir Christopher Frayling will join us for the last chapter of Dracula on Bram Stoker’s birthday! Award-winning broadcaster, writer, educationalist and cultural historian Sir Christopher Frayling is best known for his study of popular culture. His most recent publications are The Yellow Peril: Dr Fu Manchu & the Rise of Chinophobia (2014), Frankenstein: The First 200 Years (2017) and Once Upon a Time in the West: Shooting a Masterpiece (2019). He has had a wide output as a writer and critic on subjects ranging from vampires to westerns and has written and presented television series such as The Art of Persuasion on advertising, Strange Landscape on the Middle Ages, The Face of Tutankhamun. His Nightmare: Birth of Horror television series featured the origin stories of Frankenstein, Dracula, Dr Jekyll and Mr Hyde, and Hound of the Baskervilles.  Fro the Dracula episode, he visited The Rosenbach to study Bram Stoker’s Notes firsthand. Christopher Frayling has spent 45 years exploring the history of one of the most enduring figures in the history of mass culture – the vampire. His Vampyres: Lord Byron to Count Dracula was a landmark cultural study of vampires when first published in 1978 and an updated edition was published in 2016 as Vampyres: Genesis and Resurrection from Count Dracula to Vampirella. In 2001, he was awarded a knighthood for “Services to Art and Design Education” and chose as his motto, Perge scelus mihi diem perficias, which can be translated as ‘Proceed, varlet, and let the day be rendered perfect for my benefit’. That is, ‘Go ahead, punk, make my day’. He has 18 books to his credit and has been chairman of the Arts Council and the Design Council, a governor of the British Film Institute, and trustee of the Victoria and Albert Museum where he co-curated the Hollywood Costume exhibition, which was exhibited from October 2012 to January 2013. 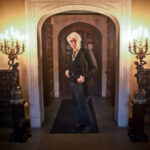 October 25: Mark Dawidziak is the author or editor of about 25 books, including five about Mark Twain. He also has been portraying Mark Twain on stage for more than 40 years. His many books on the spooky side of his resume include The Night Stalker Companion, The Bedside, Bathtub and Armchair Companion to Dracula, Everything I Need to Know I Learned in The Twilight Zone and the horror novel Grave Secrets. He also was the editor on three volumes of works by his friend Richard Matheson, including Bloodlines: Richard Matheson’s Dracula, I Am Legend, and Other Vampire Stories. His most recent book is The Shawshank Redemption Revealed: How One Story Keeps Hope Alive, a look at the making and enduring popularity of the film based on Stephen King’s novella. Born in Huntington, New York, he recently ended a 43-year journalism career, most of it spent as theater, film or television critic at such newspapers as the Akron Beacon Journal and the Cleveland Plain Dealer. In 2002, he and his wife, actress Sara Showman, founded the Largely Literary Theater Company, dedicated to promoting literature, literacy and live  theater. Their repertoire includes works by Mark Twain and Edgar Allan Poe. http://www.markdawidziak.com/bio/ 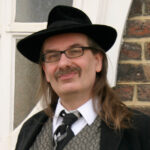 September 27: Kim Newman is a movie critic, author and broadcaster.  He is a contributing editor to Sight & Sound and Empire magazines.  His books about film include Nightmare Movies and Kim Newman’s Video Dungeon.  His fiction includes the Anno Dracula series, Professor Moriarty: The Hound of the D’Urbervilles and An English Ghost Story.  He is the lead writer on BBC4’s Mark Kermode’s Secrets of Cinema.  His latest novel is Anno Dracula 1999 Daikaiju (Titan Books).  His official web-site is at www.johnnyalucard.com.  He is on Twitter as @AnnoDracula. 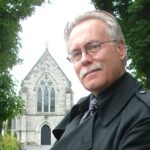 August 23: David J. Skal is one of the world’s preeminent authorities on Bram Stoker, Dracula, and monsters in popular culture. His book Hollywood Gothic: The Tangled Web of Dracula from Novel to Stage to Screen (Norton, 1990) was hailed as “the ultimate book on Dracula” by Newsweek; The Monster Show: A Cultural History of Horror (Norton 1993) has had multiple translations and is widely considered the standard historical and critical survey. As a filmmaker he has written, produced and directed a dozen DVD and Blu-ray documentaries on Universals classic horror and science fiction films as well as a behind the scenes chronicle of the Academy Award winning film Gods and Monsters. He has taught courses based on his books at the University of Victoria and Trinity College Dublin, where he was appointed a Long Room Hub Visiting Research Fellow in support of Something in the Blood: The Untold Story of Bram Stoker (Liveright, 2016), chosen by the Mystery Writers of America as a 2017 Edgar Award finalist for biography and criticism. His latest book, for Turner Classic Movies, is Fright Favorites: 31 Movies to Haunt Your Halloween and Beyond (Running Press, 2020). 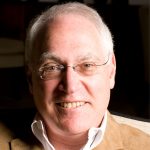 July 5: Leslie Klinger‘s ’s work has received numerous awards and nominations, including the Edgar® for Best Critical-Biographical Book in 2005 for The New Annotated Sherlock Holmes: The Complete Short Stories and the Edgar® for Best Critical-Biographical Book in 2019 for Classic American Crime Fiction of the 1920s and the Anthony for Best Anthology in 2015 for In the Company of Sherlock Holmes (co-edited with Laurie R. King). His New Annotated Frankenstein was recently nominated for a World Fantasy Award. His introductions and essays have appeared in numerous books, graphic novels, academic journals, newspapers, the Los Angeles Review of Books, and Playboy Magazine; he also reviews books for the Los Angeles Times. He was the technical advisor for Warner Bros. on the film Sherlock Holmes: A Game of Shadows (2011) and served (without credit) in that role for Warner Bros.’ earlier hit Sherlock Holmes (2009). He has consulted on a number of novels, comic books, and graphic novels featuring Holmes and Dracula. Klinger’s The New Annotated Dracula was published in 2008. The annotations cover a wide range of topics, from Victorian glossary to cultural history, enlightening the text. The notes also compare in detail the published text, the author’s working notes, the original manuscript of the novel, and the author’s abridgment. The introduction and extensive appendices examine the history of vampire fiction and other popular versions of Dracula, including film, stage, and comic book adaptations. 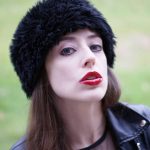 June 28: Gwendolyn Kiste, author of  “The Eight People Who Murdered Me (Excerpt from Lucy Westenra’s Diary),” a recent winner of the Bram Stoker Award from the Horror Writer’s Association.  You can read her story at Nightmare Magazine. Kiste is also the author of The Rust Maidens, from Trepidatio Publishing; And Her Smile Will Untether the Universe, from JournalStone; the dark fantasy novella, Pretty Marys All in a Row, from Broken Eye Books; and the occult horror novelette, The Invention of Ghosts, from Nightscape Press. Her short fiction and nonfiction have appeared in Nightmare Magazine, Vastarien, Tor’s Nightfire, Black Static, Daily Science Fiction, Unnerving, Interzone, and LampLight, among others. Originally from Ohio, she now resides on an abandoned horse farm outside of Pittsburgh with her husband, two cats, and not nearly enough ghosts. Find her online at gwendolynkiste.com 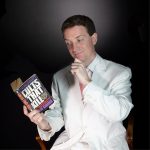 June 21: Award-winning author Grady Hendrix has written about the confederate flag for Playboy magazine, covered terrible movie novelizations and ninja death swarms for outlets ranging from Slate to the British Film Institute, and scripted award shows for Chinese television. His novels include Horrorstor, about a haunted IKEA, which has been translated into 14 languages; My Best Friend’s Exorcism, which is basically Beaches meets The Exorcist; and We Sold Our Souls, a heavy-metal horror epic that Library Journal named one of the best books of 2018. He’s also the author of Paperbacks from Hell, a history of the horror paperback boom of the 1970s and ’80s, which won the Bram Stoker Award for “Superior Achievement in Non-Fiction,” and he is the screenwriter of Mohawk (2017), a horror movie about the War of 1812, and Satanic Panic (2019), a horror movie about a pizza delivery woman battling rich Satanists. He’s one of the founders of the New York Asian Film Festival, which the New York Times called “one of the city’s most valuable events.” His new novel, The Southern Book Club’s Guide to Slaying Vampires is a New York Times bestselling book. 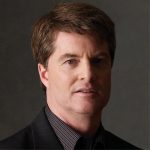 June 14: Dacre Stokeris the great grand-nephew of Bram Stoker and the international best-selling co-author of Dracula the Un-Dead (Dutton, 2009), the official Stoker family endorsed sequel to Dracula. Dacre is also the co-editor (with Elizabeth Miller) of The Lost Journal of Bram Stoker: The Dublin Years (Robson Press, 2012). His latest novel, Dracul, a prequel to Dracula, was released in October 2018 co-authored with JD Barker. He currently lives in Aiken, SC, together with his wife Jenne they manage the Bram Stoker Estate.