Full of highs and lows, Alice Dunbar-Nelson’s family life was central to her existence.

A Circle of Strength

HER INDIRECT DESCENDANTS PRESERVED DUNBAR-NELSON’S ARCHIVE OF PERSONAL PAPERS—AND, with it, the story of her struggles, achievements, and lasting legacy.

The history of Dunbar-Nelson’s father, Joseph Moore, most likely a seaman by trade, is obscure. He was never a significant part of her life. Dunbar-Nelson’s mother, Patricia “Patsy” Moore, raised her children and provided them with educational opportunities. She was born into slavery in Opelousas, Louisiana, around 1850. Strict yet loving, and supportive of her children’s education, Patsy Moore worked as a seamstress in New Orleans until the family relocated to the North in late 1890s. Dunbar-Nelson’s birth ties to Louisiana played an integral role in her identity as a Creole woman. She often referred to New Orleans and her Creole identity in texts such as her 1899 collection of short stories The Goodness of St. Rocque.

The core family lived together in Wilmington, Delaware, by the second half of the 1910s. In addition to Dunbar-Nelson and her husband Robert, the household consisted of Patsy Moore, Dunbar-Nelson’s older sister Mary Leila Moore Young, and two of Mary’s four children, Pauline Alice Young and Ethel Corinne Young. James Ross Young, Mary Leila’s husband and the father of Leila Ruth, Pauline, Ethel, and Laurence, died in 1920 while separated from his wife and children. Mary Leila’s son, Laurence, married Rebecca Murphy of the Baltimore Afro-American newspaper family. The next generation of the Young family, Laurence Jr. and Grace Young, were born between 1928 and 1932. Since Dunbar-Nelson did not have any children of her own, her nieces and nephew became integral to her life and her role as an educator.

Of the Young children, only Laurence and Pauline lived to seniority, passing away in 1987 and 1991, respectively. The Young family line survives today through the children of Laurence Jr. and Grace. 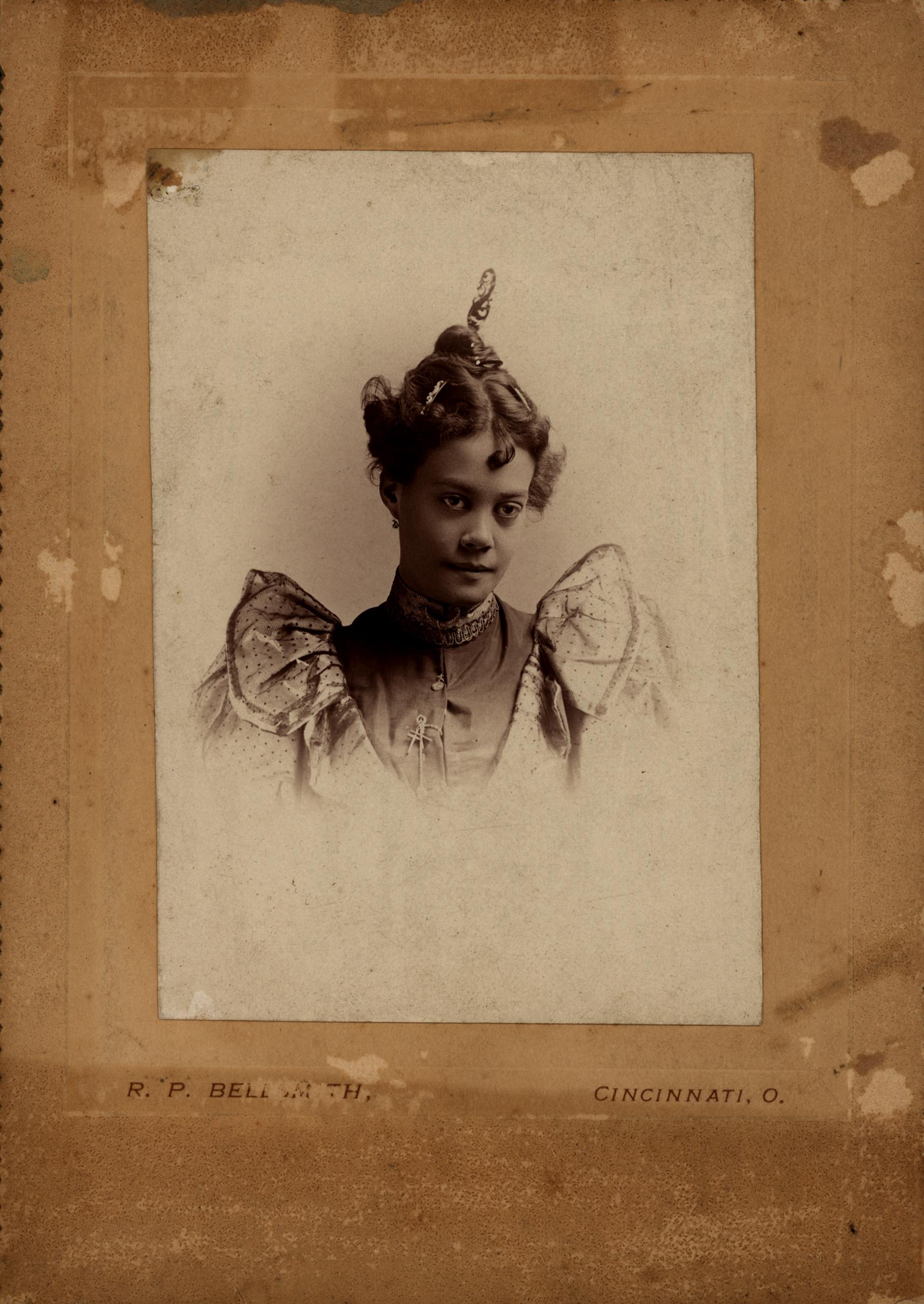 (For information about this object, see the label for object 47.)

(For information about this object, see the label for object 47.) 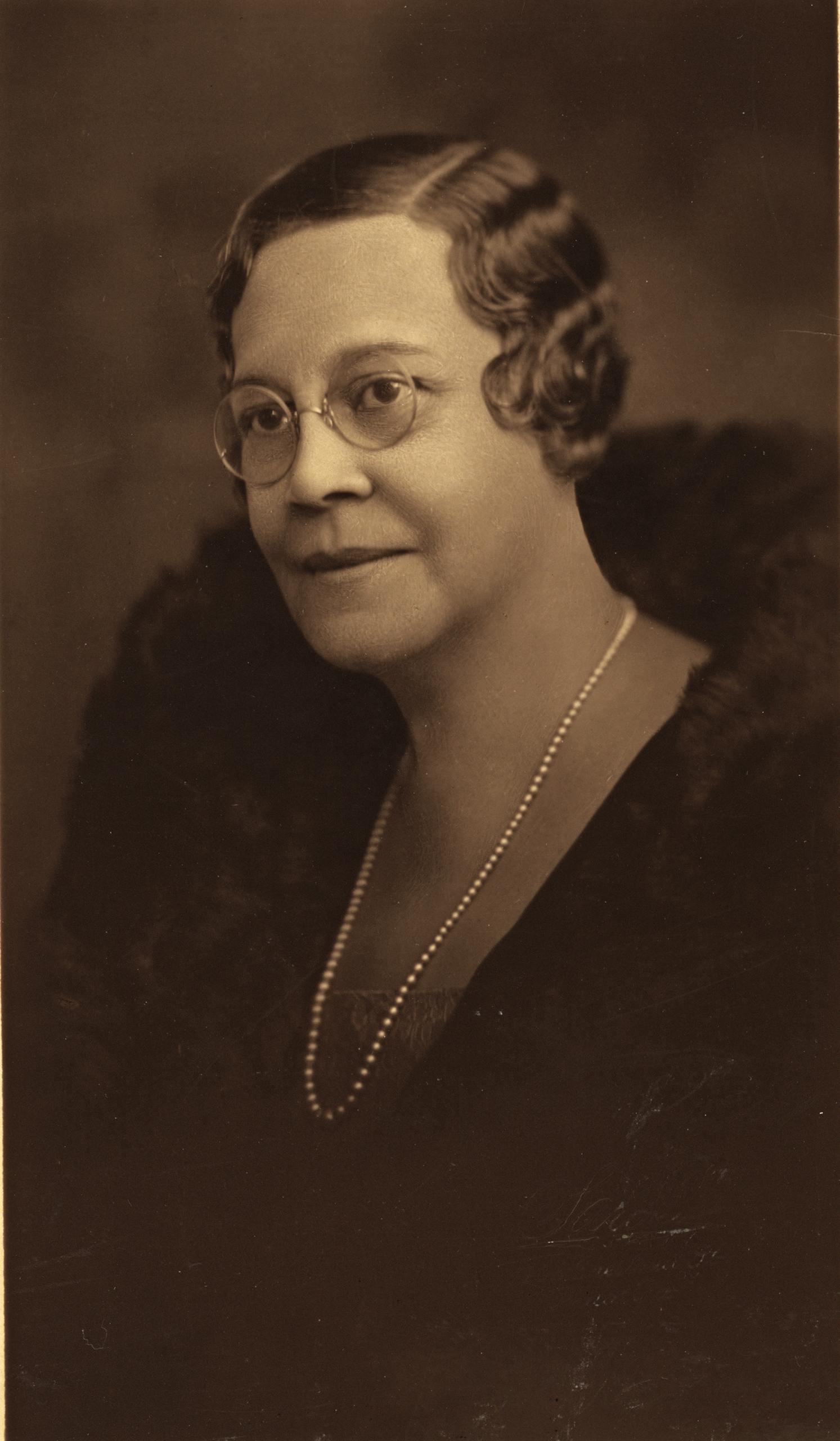 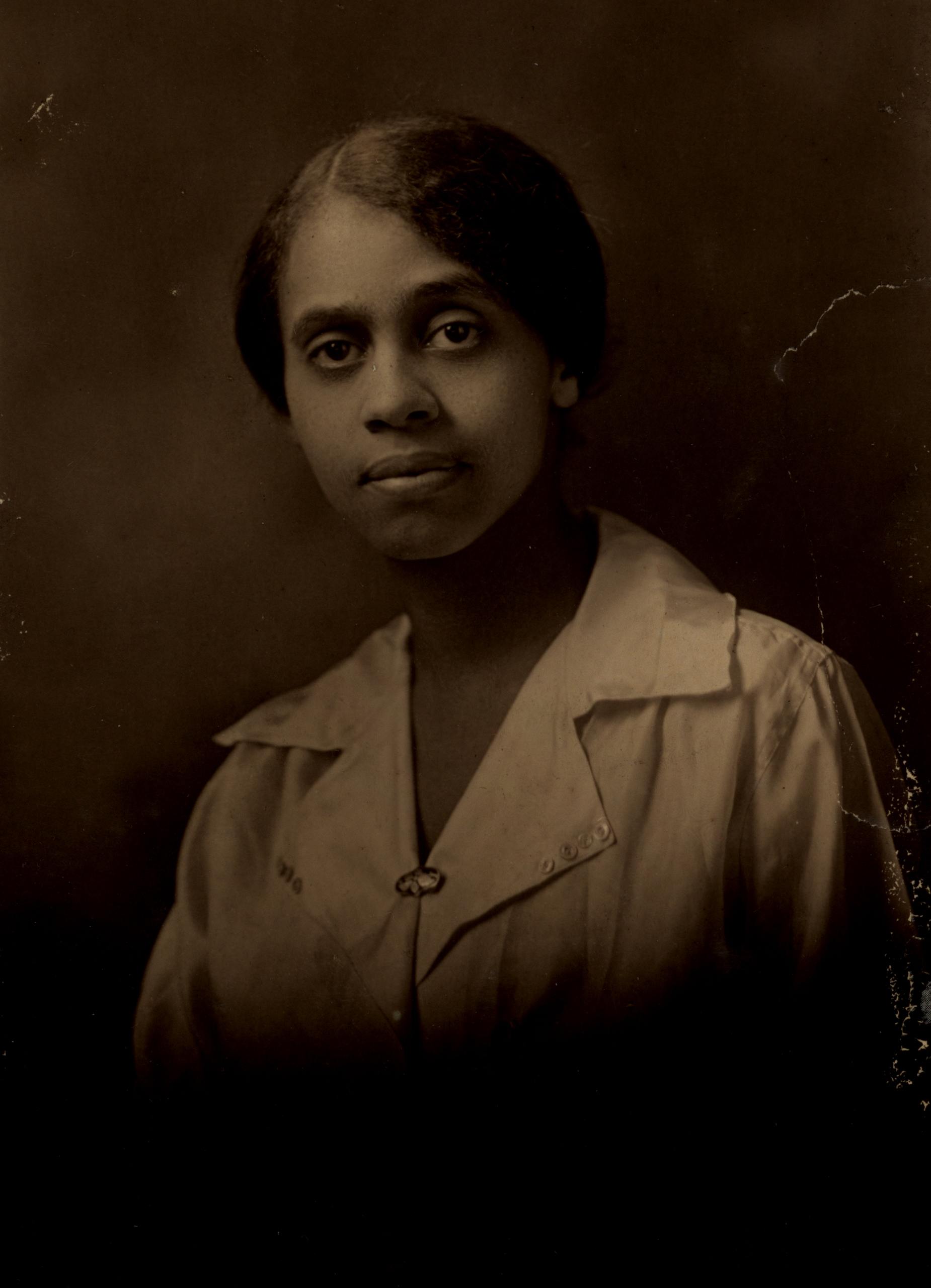 Dunbar-Nelson was photogenic and enjoyed some fame for her elegant and refined sense of style. Photographs she had taken were often repurposed in authorial frontispieces, magazines, and her column writing. One photograph of her that survives today was taken at the D.C. studio of Addison Scurlock, the same Black-owned studio that would photograph such African American dignitaries as Anna Julia Cooper, Booker T. Washington, W. E. B. Du Bois, and Mary Church Terrell, as well as celebrities like Duke Ellington and Ella Fitzgerald.

The photographs displayed here show a young Alice at the height of late Victorian fashion and a more mature Dunbar-Nelson toward the end of her life. Also included is a photograph of her niece Pauline Young, whom Dunbar-Nelson had helped to raise and who eventually took charge of caring for Dunbar-Nelson’s personal papers and literary estate after her passing. Young followed most closely in her aunt’s footsteps, teaching at Howard High School, organizing for the NAACP, and later working as a librarian.

Friendship albums were once a popular way of exchanging cordial expressions of companionship. This one, marketed as The Charles Dickens Year Book, includes various passages from the popular Victorian author alongside blank spaces where friends could sign or leave a note, much in the way people post on their friends’ social media pages today. Dated roughly between 1897 and 1908, this friendship album contained signatures from a diverse array of people like Dunbar-Nelson’s longtime friend and fellow educator Anna G. Broadnax; Annie Day Shepard, who served on the executive board of the North Carolina Federation of Negro Women’s Clubs; Dunbar-Nelson’s future husband, Robert J. Nelson; and the Cornell University professor Lane Cooper. 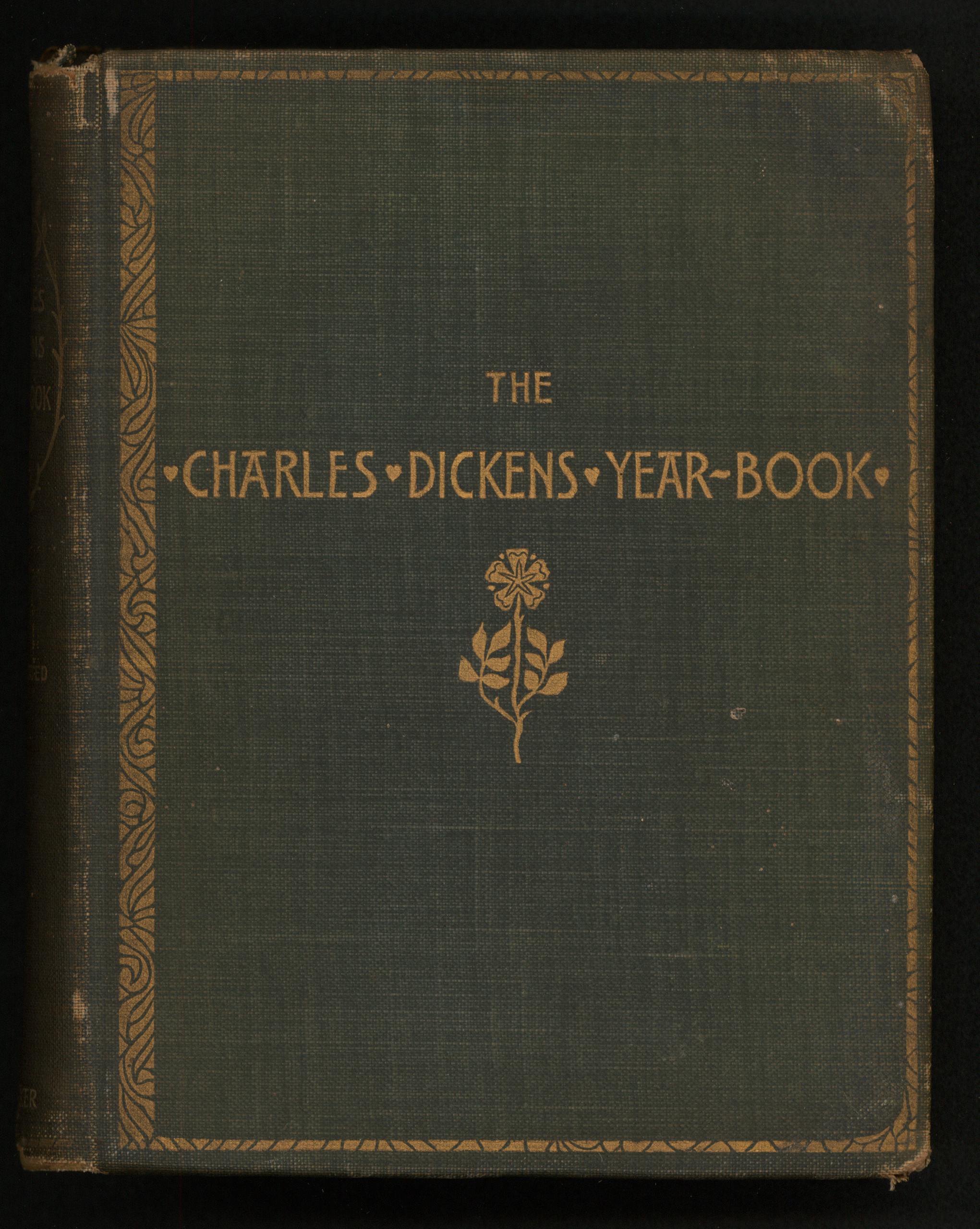 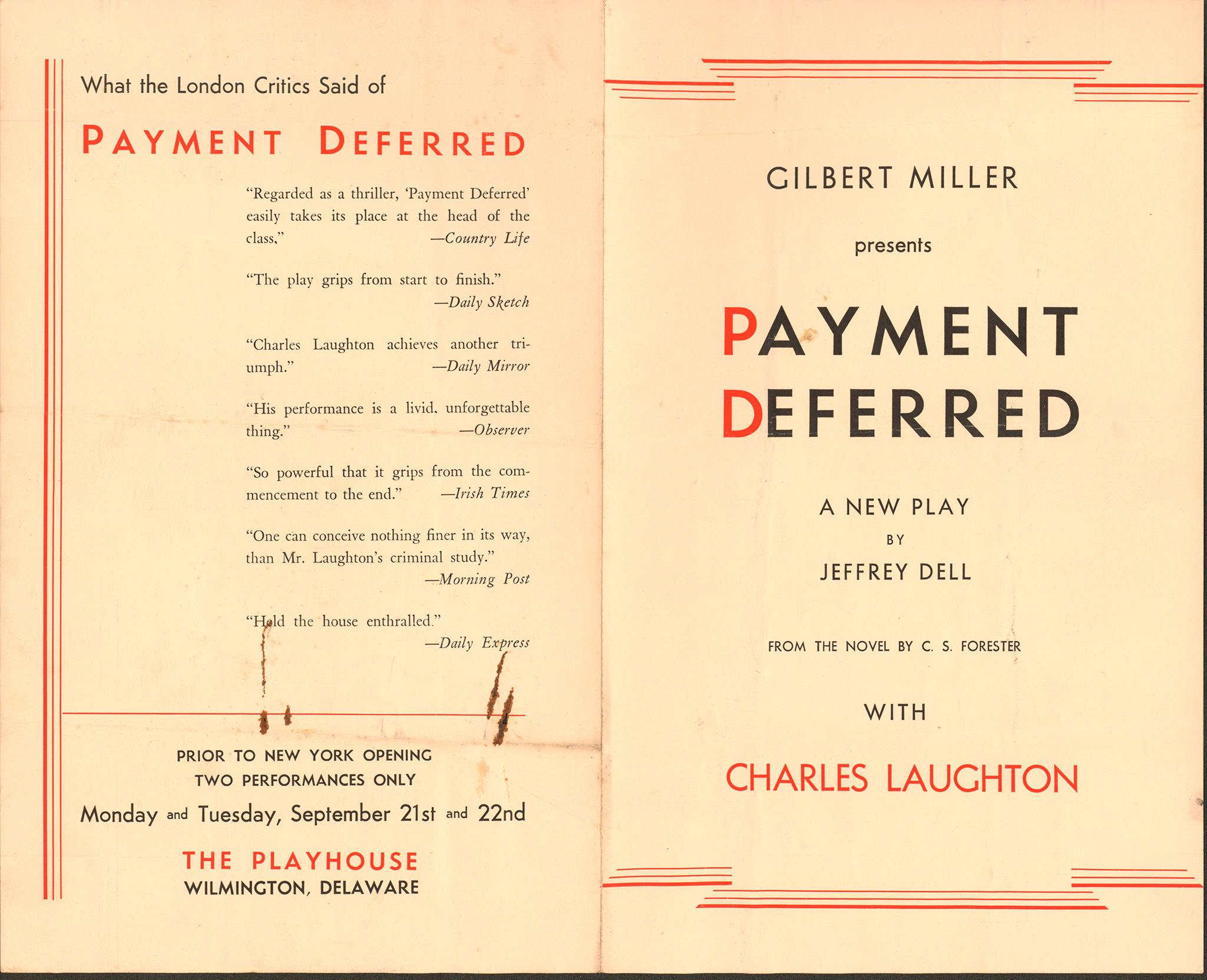 Dunbar-Nelson’s family was a fun-loving group. Whether in their shared French Street residence in Wilmington or out about the town, they were fond of spending quality time together. One recreational outing they enjoyed was going to the theater or cinema. The theater, in fact, was among Dunbar-Nelson’s favorite forms of entertainment. A small collection of posters and playbills from performances she attended survives in her personal papers. This one advertises the play Payment Deferred—a murder mystery, one of Dunbar-Nelson’s best-loved genres. Based on the C. S. Forester novel of the same name, the play premiered at the Playhouse before its New York opening and was made into a feature film a year later. The Playhouse, which opened in Wilmington in 1913, remains in operation today.

Dunbar-Nelson kept a diary for much of her adult life. Surviving today are entries dated from 1906, 1921 and 1922, and 1926–1931. This entry from July 11, 1931, illustrates how dire Dunbar-Nelson’s financial situation had become toward the end of her life. The family had often struggled trying to maintain a middle-class lifestyle, but this entry paints a particularly gloomy picture of their preoccupation with their income. Dunbar-Nelson writes, “I could not write before when the misery and wretchedness and disappointment and worry were so close to me that to write it out was impossible and not to write it out, foolish.” Yet waves of sadness are punctuated by momentary reflections of consolation, as she takes note of the beauty of the day and mentions a visit from a former student and fellow activist, civil rights lawyer Louis Redding. 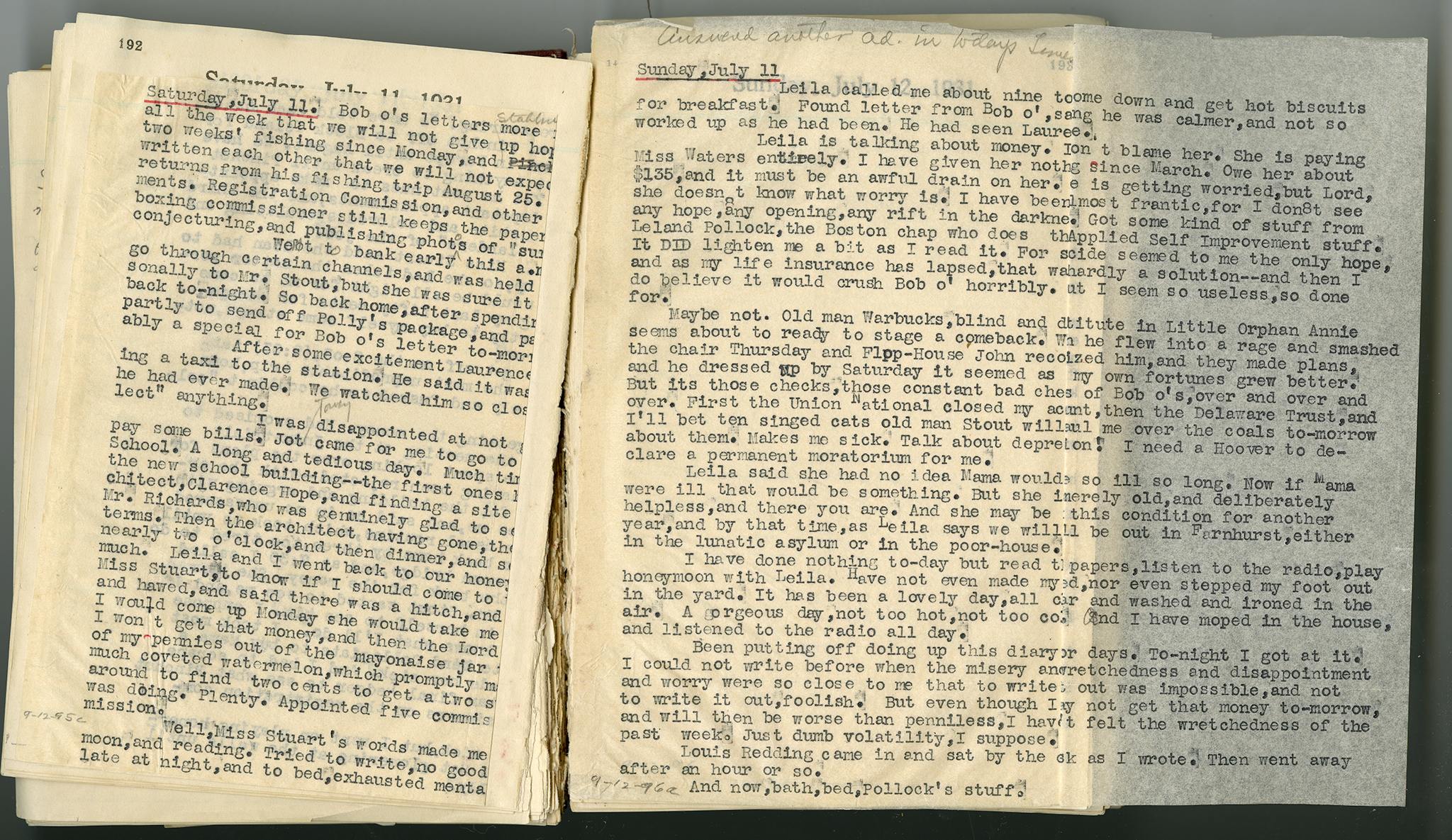 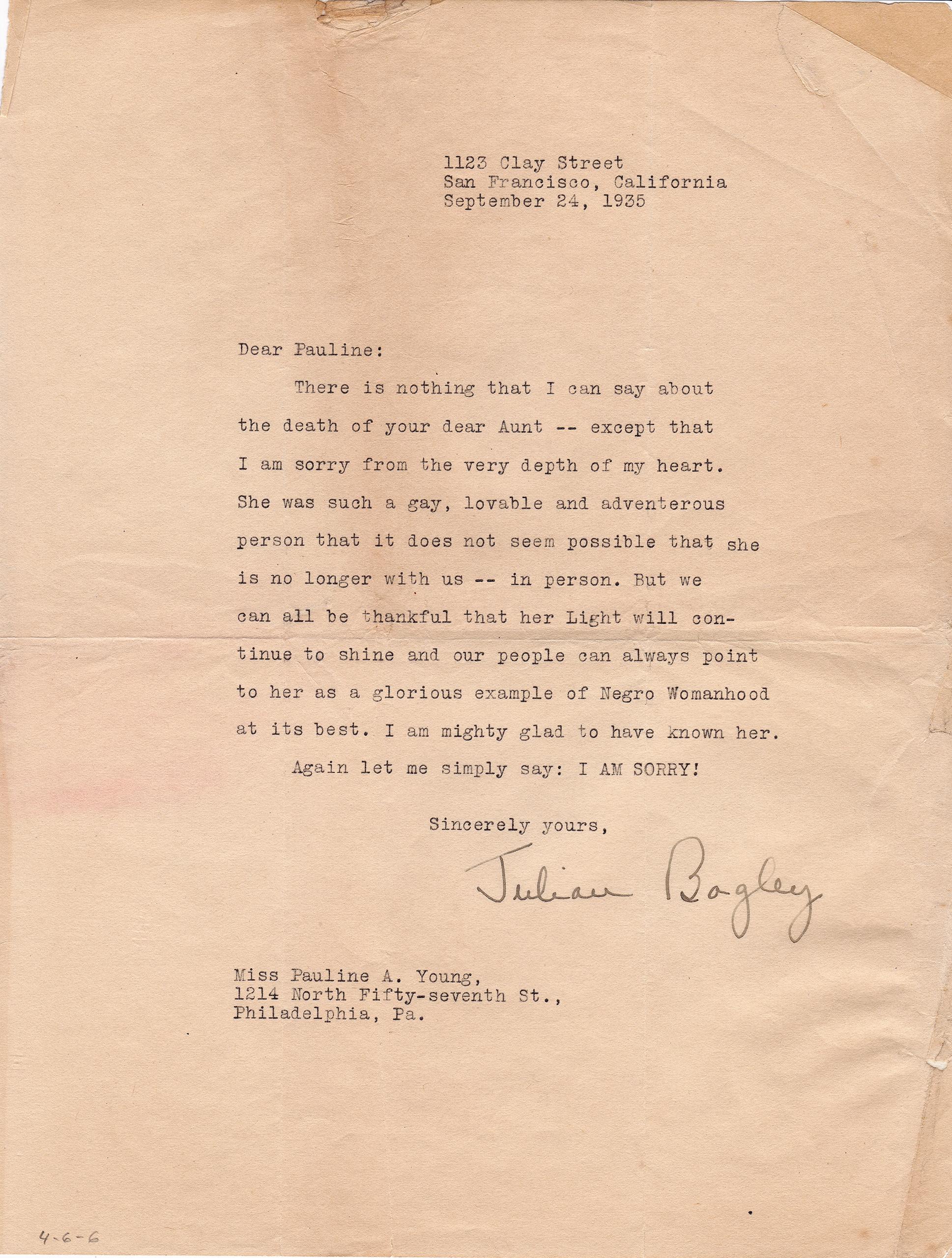 Dunbar-Nelson moved from Delaware to Philadelphia in 1932. Years of dealing with high blood pressure and other chronic illnesses left her health deteriorating by the time of the relocation. By 1935, her heart had failed her, and she passed away at 60 years old. Expressions of sympathy followed the loss of a woman who left such a powerful impact on so many lives. This one from author, World War I veteran, and concierge Julian Bagley is a perfect illustration of the profound impression she left even on the most casual of acquaintances.

The Pierians was a Wilmington social club that Dunbar-Nelson founded in 1932. Much like the current Pierians organization of national repute, this social club cultivated productive conversations on current events, arts, and culture among its membership. In 1954, the club held a memorial lunch for their founder where members shared poems and written passages in remembrance of Dunbar-Nelson’s life and legacy. One club member, Alma H. Harllee, described Dunbar-Nelson as “a leader of leaders without being dominant—forceful without being harsh—a truly great character—a real American woman.” 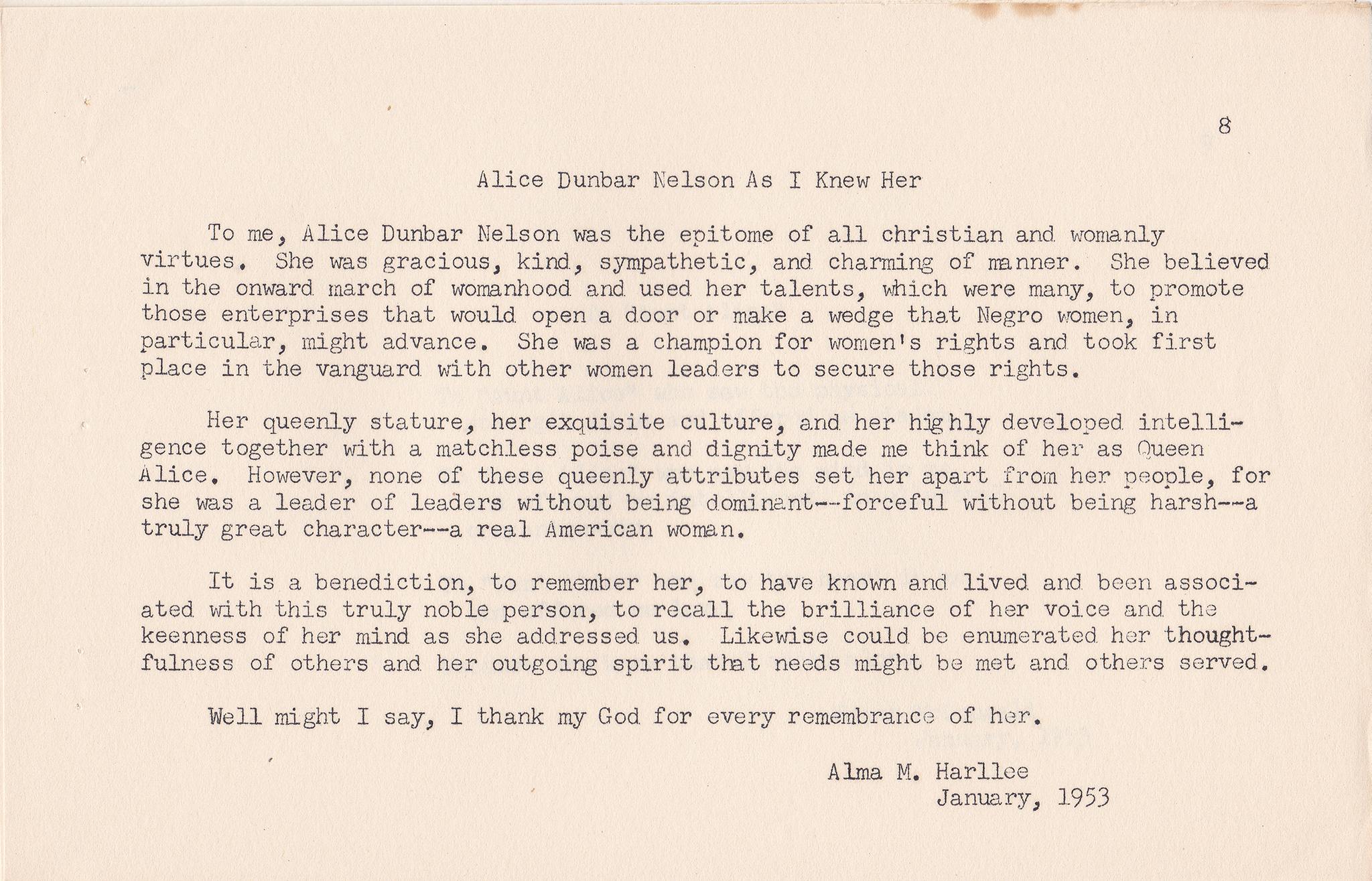