The Rosenbach Artifact Stories Blog showcases objects from the Rosenbach collection that connect to important themes in “I Am an American!” Check back often for more featured artifacts from The Rosenbach’s holdings.

The following objects were selected by The Rosenbach’s Collections Department staff as examples from across our collections of women who broke barriers in their eras, cultures, and professions. They changed the world around them and became role models for those who followed in their footsteps. 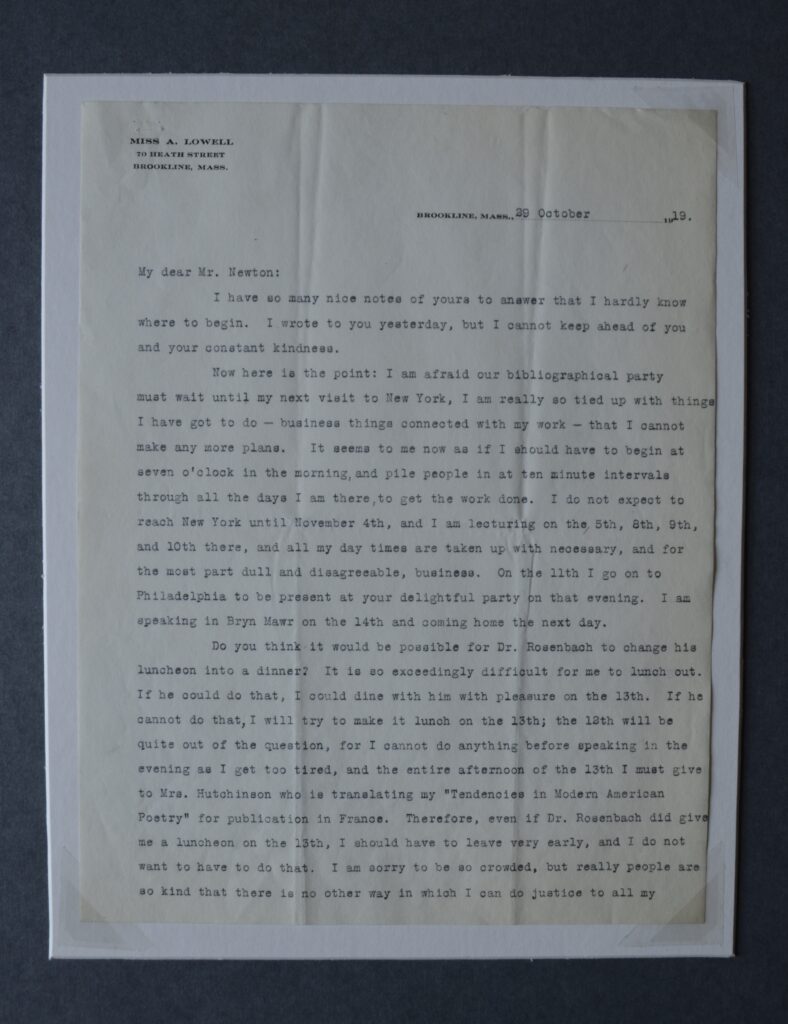 Poet Amy Lowell wrote some of the most candid lesbian love poetry in the Western canon, from the time of Sappho’s ancient lyrics to contemporary verse. She was also a biographer of John Keats, and her two-volume life of the poet was given shape by the rare Keats volumes and letters she purchased through Dr. Rosenbach.

In this letter to the collector A. Edward Newton, while working out the details of a dinner meeting with Dr. Rosenbach, she unequivocally announces that her life partner Ada Dwyer Russell will be her date for all social occasions. 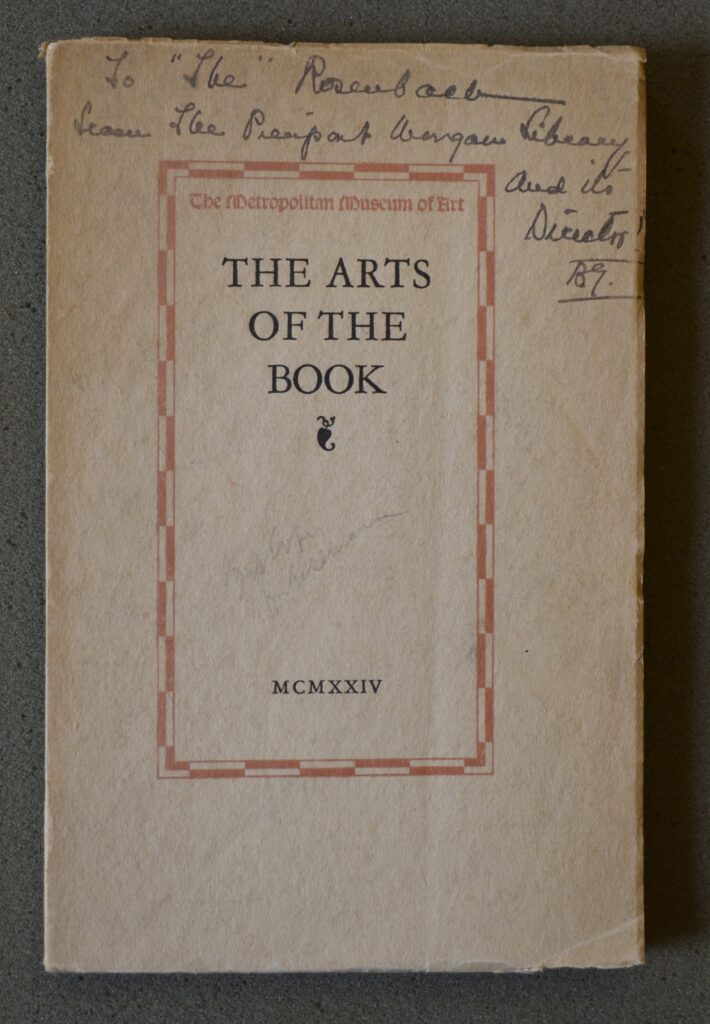 Few women broke more social barriers in the early 20th century than did Belle da Costa Greene (1883–1950), who ranked among the most influential, accomplished, and glamorous librarians of her era. Greene’s efforts at self-fashioning reveal the challenges that an American of both white and African American heritage faced during her lifetime. Born into a prominent family in Washington, D.C., Greene, along with her sisters and mother, passed as white. She assumed the middle name “da Costa” in an effort to suggest a Portuguese heritage.

The immensely wealthy John Pierpont Morgan (1837–1913), a friend and customer of Dr. Rosenbach who assembled one of the world’s great book collections, hired Greene to work as his personal librarian in 1905. Following Morgan’s death, Greene became director of his library and played a key role in the creation of what is now the Morgan Library & Museum in New York City.

This book is a catalogue of an exhibition at the Metropolitan Museum of Art, New York, to which the Morgan Library lent. Its cover bears Greene’s inscription to Dr. A. S. W. Rosenbach, which underscores the network of book dealers, collectors, and arts institutions in which she operated. 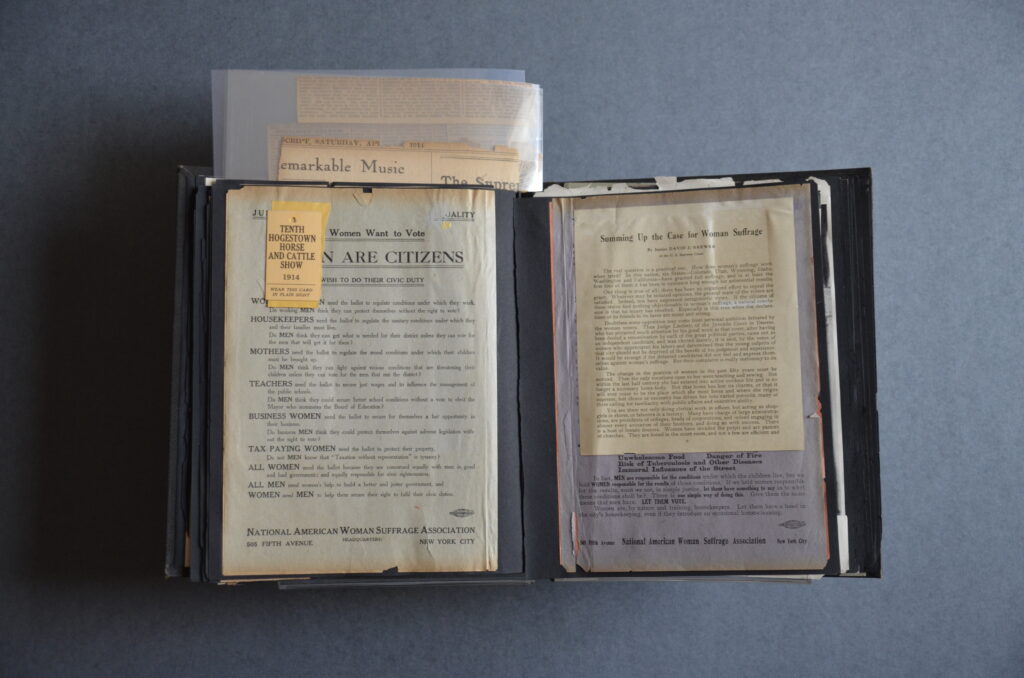 Poet Marianne Moore became active in the women’s suffrage movement during her time at Bryn Mawr College (1905–1908) and continued her participation when she returned home to Carlisle, Pennsylvania, after graduation. Her mother’s partner, Mary Norcross, founded a county chapter of the National American Woman Suffrage Association (NAWSA), the largest voluntary organization in the United States. Moore participated in public demonstrations and probably contributed to material published in local papers by the state association. Suffragists often presented their case by quoting their opponents’ objections and refuting them logically. Moore scholar and Rosenbach researcher Mary Chapman has linked this practice to Moore’s own poetic style of quotation. 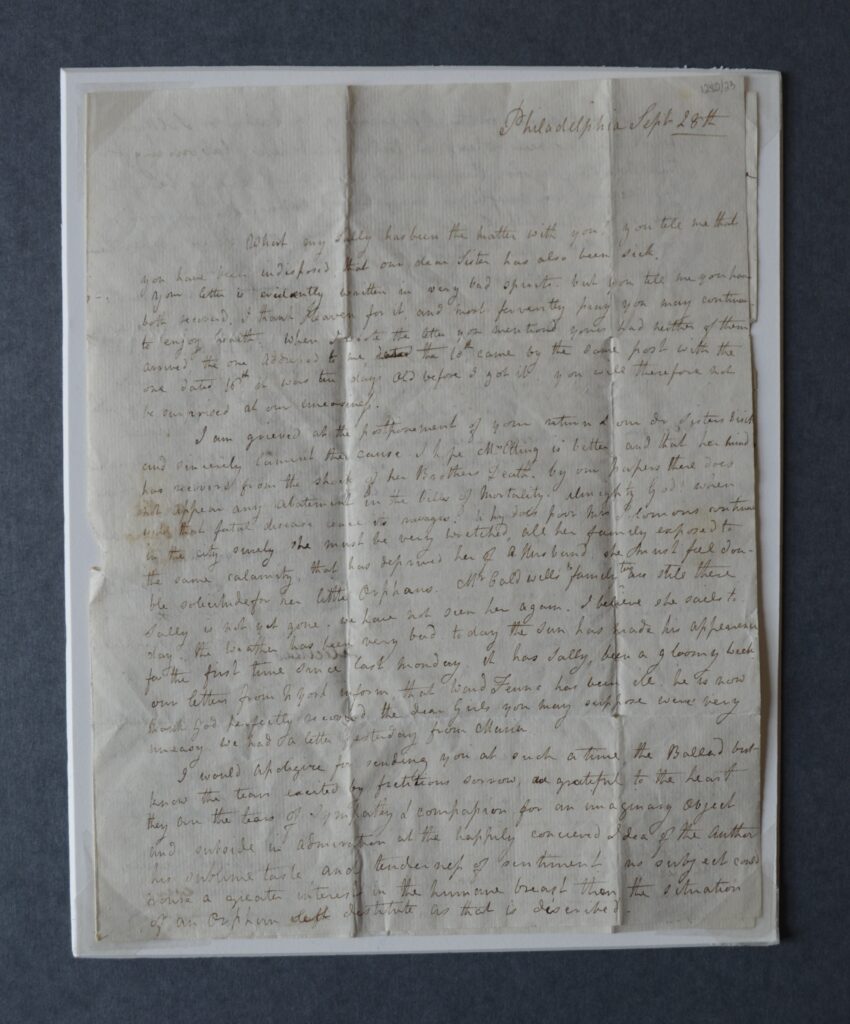 One day before Yom Kippur, the Jewish day of atonement, philanthropist Rebecca Gratz penned a serious letter to her older sister focused on the ravages of the current yellow fever epidemic. In retrospect, it may not seem a coincidence that she enumerated the suffering of the widows and orphans left behind by this disease. The very next year, Gratz, her mother, and her younger sister Rachel, along with some 20 other Philadelphia women, organized to create the Female Association for the Relief of Women and Children in Reduced Circumstances. Gratz’s earliest foray into philanthropic work, the Female Association would pave the way for Gratz’s notable, lifelong engagement in religious and social activism. 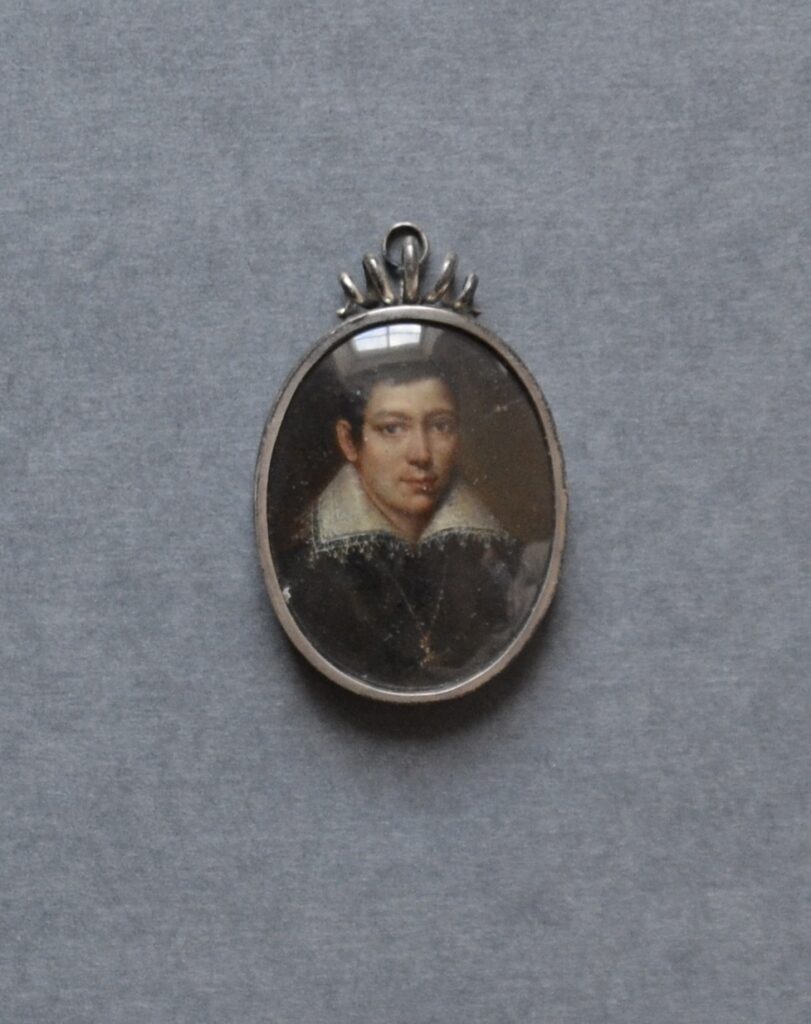 Italian-born Sofonisba Anguissola was the first female artist of the Renaissance to achieve international fame during her lifetime. She created lifelike, sophisticated portraits of her sitters that were both intellectually engaging and flattering. Anguissola, who went to Spain as lady-in-waiting and art tutor to the Spanish queen, painted official portraits of Spanish monarchs promoting their accomplishments. Throughout her career, she also used self-portraits to promote and define herself. 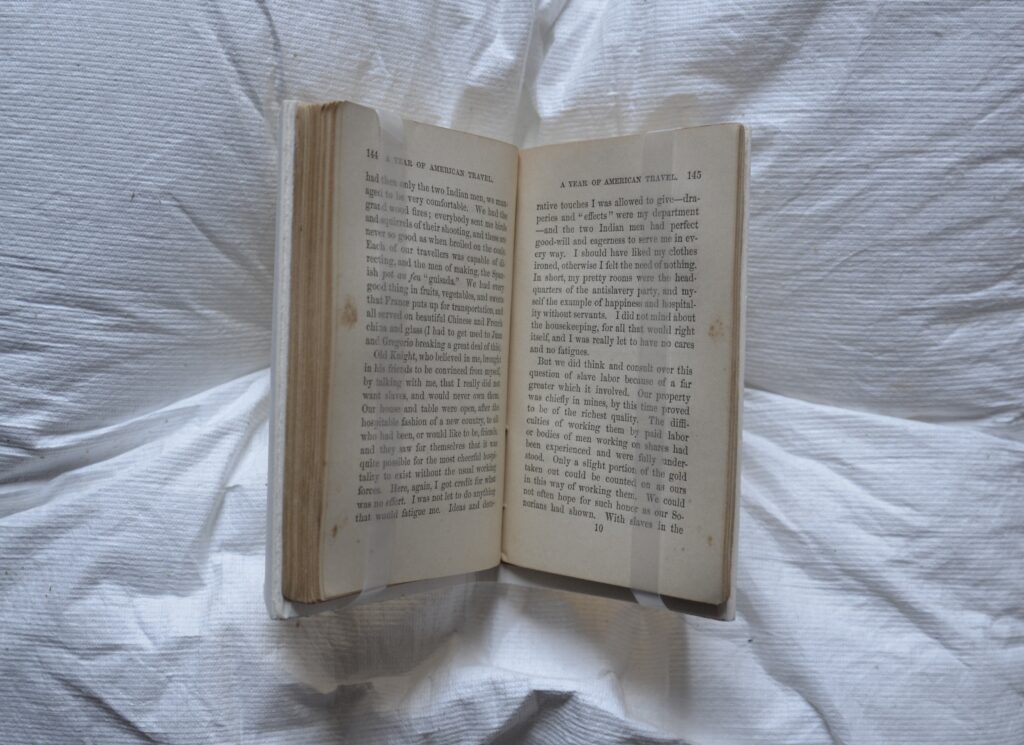 As a young person, writer and activist Jessie Benton—well-educated in foreign languages and politics—worked side-by-side with her father, Missouri senator Thomas Hart Benton, often translating government documents for him. In 1841, she married explorer and future politician John C. Frémont. Benton’s tremendous influence on her husband’s public life is evident in the 1856 presidential campaign slogan “Frémont and Jessie” and the public’s demand “Give us Jessie!” at political rallies. Opposing slavery and favoring women’s rights, she became a symbol of hope and energy for the nascent Republican Party.

Serving as Frémont’s secretary and advisor, Benton contributed to many of his political documents and wrote reports of his westward explorations. Later, Benton wrote for profit. In this book, she recalls her adventures 30 years earlier when she and her young daughter first traveled west to California, territory her father’s policies helped the U.S. seize from Mexico in 1848.

Matisse at The Rosenbach