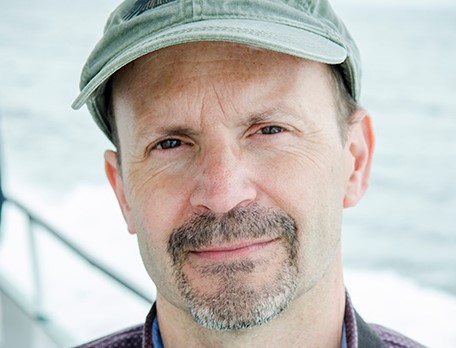 What is the value of a whale? For centuries, whales were measured in barrels of oil, bundles of baleen, or pounds of meat. But views of whales shifted in the mid-twentieth century, and the recovery of the great whales after centuries of unregulated hunting is one of the great conservation success stories of the past 50 years. Yet the return of marine mammals can also cause conflict, as they are sometimes viewed as competitors with fishing and other human activities. In this seminar, Joe Roman will discuss our new understanding of whales, including their role in enhancing primary productivity and highlighting the many benefits they can provide in marine systems.

Joe Roman is a conservation biologist and author at the University of Vermont. His research, focusing on endangered species conservation, whale ecology, and island ecosystems, has appeared in Science, Proceedings of the National Academy of Science, Trends in Ecology and Evolution, and many other journals. Joe has received Fulbright Fellowships in Brazil and Iceland, visiting fellowships at Harvard University and the Duke University Marine Lab, and a Science and Technology Policy Fellowship from the American Association for the Advancement of Science among other awards.

Joe is the author of Whale, part of the Reaktion Animal series, and the recipient of the Rachel Carson Environment Book Award for his book Listed: Dispatches from America’s Endangered Species Act. He has written for Audubon, New Scientist, The New York Times, Slate, and other publications.
He received his Ph.D. from Harvard University in 2003 in Organismic and Evolutionary Biology and his master’s degree in Wildlife Ecology and Conservation from the University of Florida. Joe grew up on Long Island in New York and has worked in Cuba, Japan, Baranof Island in Alaska, and many other islands. He considers King Kong as an early conservation influence.