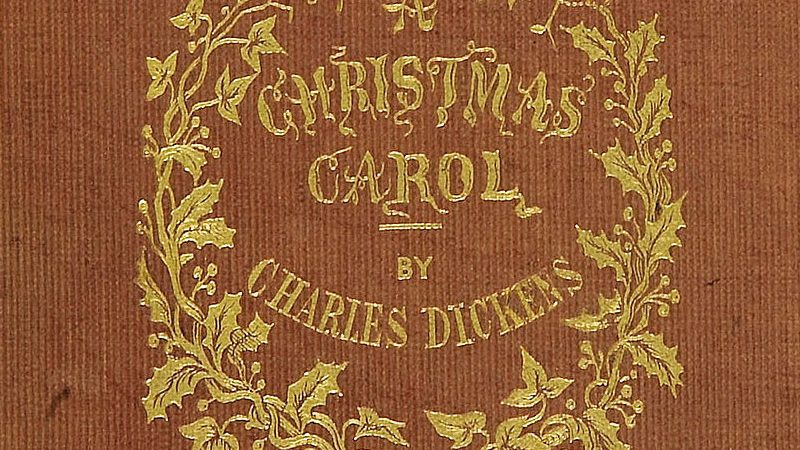 The Philadelphia Artists’ Collective brings Charles Dickens’ text to life through a Dramatic Reading of A Christmas Carol. Starting with Dickens’ own adaptation for his solo performances, the PAC presents a two-person reading event accompanied by live music and sound effects, celebrating the rich language of Dickens’ story and creating a theatre event for the whole family. Directed and Adapted by PAC Co-Founding Artistic Director Damon Bonetti, this event features acclaimed Broadway actor Christopher Coucill as our narrator (and Scrooge) and Andrew Clotworthy as various characters and live musician. Join us to welcome the season with this heartwarming tale of redemption.

Christopher Coucill On Broadway Chris has appeared in Annie Get Your Gun, Kiss Me Kate and The Graduate. His Philadelphia performances include Crazy for You (Forrest), Silverhill (InterAct) and Body Awareness (Wilma). In his five decades of performing, Chris counts Lear and Quixote (Pennsylvania Shakespeare Festival) and Hamlet (Shakespeare & Company) among his favorite roles. On television he’s appeared in Margaret Mead: An Observer Observed, Law & Order, American Playhouse, Deadline and One Life to Live.

Andrew Clotworthy is thrilled to be returning for his seventh year of A Christmas Carol with PAC. He is a local musician and actor and a 2010 graduate of Rowan University. As an actor he has performed with EgoPo, Ombelico Mask Ensemble, and the Maryland Shakespeare Festival.

Damon Bonetti is the Co-Founding Artistic Director for the PAC and directed The White Devil, He Who Gets Slapped, Changes of Heart, The Sea Plays and Blood Wedding (co-pro with MPiRP) and appeared in All’s Well That Ends Well, The Duchess of Malfi and Creditors. Recent directing: Around the World in 80 Days, Boeing, Boeing (Hedgerow Theater), The Gun Show, The Goldilocks Zone and True Story (Passage Theater; Barrymore Nomination: Outstanding Director). Recent acting: And Then There Were None (Walnut Street Theater), Rizzo (Philadelphia Theater Company), God of Carnage (Montgomery Theater), The Hound of the Baskervilles (Lantern Theater).

The Philadelphia Artists’ Collective, founded in 2008 by Damon Bonetti and Dan Hodge, is committed to promoting rarely performed classical plays through workshops and readings in the greater Philadelphia area. It is comprised of a group of performance and visual artists seeking to encourage the development of a common vocabulary and to promote arts awareness within the Philadelphia community. Its past readings and workshops have featured some of the region’s finest artists, and its productions (Duchess of Malfi, Changes of Heart, Creditors, The Sea Plays, Mary Stuart) have garnered wide audience and critical praise.