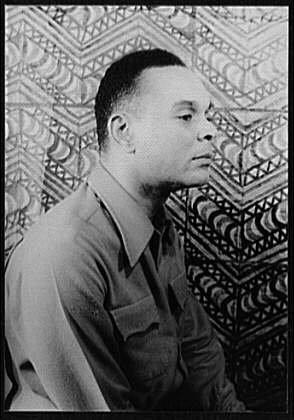 Most scholars agree African American detective fiction was inaugurated with the publication of a mystery story, “Talma Gordon,” published in 1900 in The Colored American Magazine. The author, Pauline Hopkins, was a prolific African American writer, public speaker, and early civil rights activist who, according to literary scholar John Cullen Gruesser, used “popular genres to explore racial themes.” Following the short story, Hopkins’ novel, Hagar’s Daughter, was serialized (1901-02) in The Colored American Magazine; it was the first African American detective fiction novel. Over 40 African American authors had published works in the genre as of 2007. We will read a select group of four novels in this course. In part these works join a national tradition—African American literature—that began in 1770, when Phillis Wheatley’s first poem was published in Boston, but they also join with all others who write detective fiction, a genre that has existed since at least 1841.  In April of that year Edgar Allan Poe published “The Murders in the Rue Morgue.”  It was the first of three stories that would set the early standards and expectations for this new literary form.

For each meeting, we will cover one novel and an essay or two to help deepen our discussions of the novels. We’ll begin with Chester Himes’ A Rage in Harlem (1957), then move to more recent novels – Walter Mosley’s Devil in a Blue Dress (1990), Eleanor Taylor Bland’s  Keep Still (1996), and Nichelle D. Tramble’s The Dying Ground (2001) – written in a pivotal decade for the evolution simultaneously of hip-hop culture. Even Himes’ series is considered a precursor to the articulation of themes and an “attitude” that marked the introduction of gangsta hip-hop music and lyrics. So, they are pacesetter novels within a larger cultural world.

The issues raised within the books may sometimes be difficult to discuss because the plots deal with violence, criminality, discrimination, and injustice.  But discussing each literary work offers us in form and content ways of understanding the complications, the densities of both our shared society and the human experience. The novels also will allow us to enjoy ourselves as we follow the clues to determine whodunit! The works have a great deal of humor—often a hallmark in the African American literary tradition. That combination of pathos and farce—the grotesque—is one of the beauties and exquisite wonders of art forms: They help each of us, as readers, as critical thinkers, as citizens to learn and grow in ways that involve recognizing the wide swath of complexities among human beings, allowing us to see.

I graduated from the University of Maryland College Park, Department of English, (’01). My dissertation was a focused study of the Harlem-based police detective series written by African American author Chester Himes. I have published papers, given talks and keynote addresses, and participated on conference panels, nationally and internationally, concerning Himes’ works specifically and more generally African American fiction.

As an assistant professor, I taught in the Department of English at Bucknell University (BU), 2001-2006. I left BU to direct the African American Studies Program at the University of Wisconsin Oshkosh (UWO). As an associate professor at UWO, I also was a faculty member in the Dept of English, 2006-2017. Eligible for a buy-out, I retired early from UWO, returned to my hometown—Washington, DC— and began the development of a business venture. I am currently on a grand adventure developing a new product that will be a baking tool.