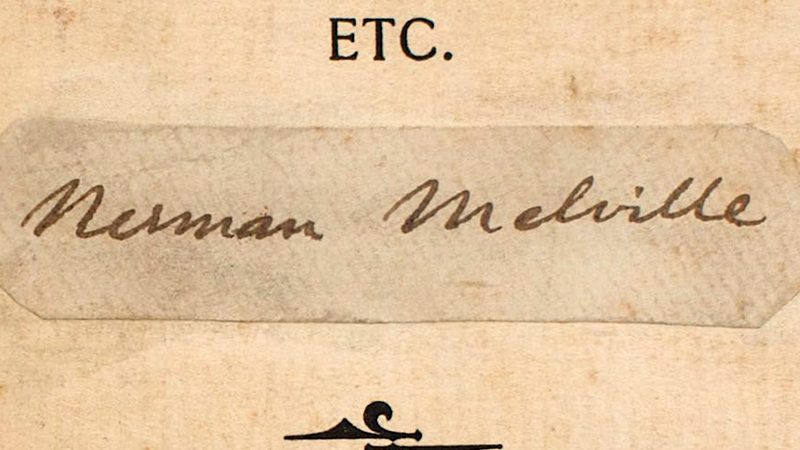 Before sliding into obscurity, Herman Melville was one of the most popular and infamous American writers of the nineteenth century. With the 1846 publication of Typee, a semi-autobiographical novel based on his own experiences as a whaleboat deserter captured by indigenous people of the Marquesas Islands, Melville became known as the “man who lived among the cannibals.” The reputation earned him wide readership, and the novel furthered the idea of him as an adventure writer whose tales would titillate readers with far-flung and frequently erotic accounts while scandalizing them with polemics against Christian missionaries, colonialism, and the notion of the West as somehow a beacon of “civilization.” As Melville’s career progressed, his focus shifted toward less lucrative themes, including the shortcomings of white liberalism, the drudgery of office work, the fragility of masculinity, and the sterility of modern life. Only decades later, at the beginning of the twentieth century, did Melville’s later work begin to acquire readers and reputation, leading him to become of the most canonical and bespoken of nineteenth-century American writers.

This course won’t be anything close to a comprehensive survey of Melville’s writings. Yet by setting aside his behemoth, Moby-Dick, we will acquire depth into key texts that help us gain perspective on his career and, even more importantly, insight into his arguments about politics, power, self-deception, and modernity. We’ll begin, of course, with Typee, ascertaining just what all that 1840s fuss was all about. From there, we’ll read some of the short fiction written in the years following the 1851 publication of Moby-Dick: including “Bartleby, the Scrivener,” a short story that became something of an Occupy Wall Street mascot in 2011, and Benito Cereno, a novella that provides one of the period’s most harrowing accounts of the slave trade. During our third week, we’ll read the 1866 Battle-Pieces and Aspects of the War, Melville’s brilliant and frustrating collection of Civil War poetry, a volume that looks forward to the compromises of the postwar period as much as it reflects on the previous four years of violence. And, finally, for our last session, we’ll read the novella Melville left unfinished at the time of his death, Billy Budd, Sailor,

Travis M. Foster is an assistant professor of English at Villanova University. He is the author of Genre and White Supremacy in the Postemancipation United States, which is forthcoming from Oxford University Press. He has also published numerous articles on topics ranging from Lydia Maria Child to campus novels to the early years of the Ladies’ Home Journal. Foster is currently editing The Cambridge Companion to American Literature and the Body.