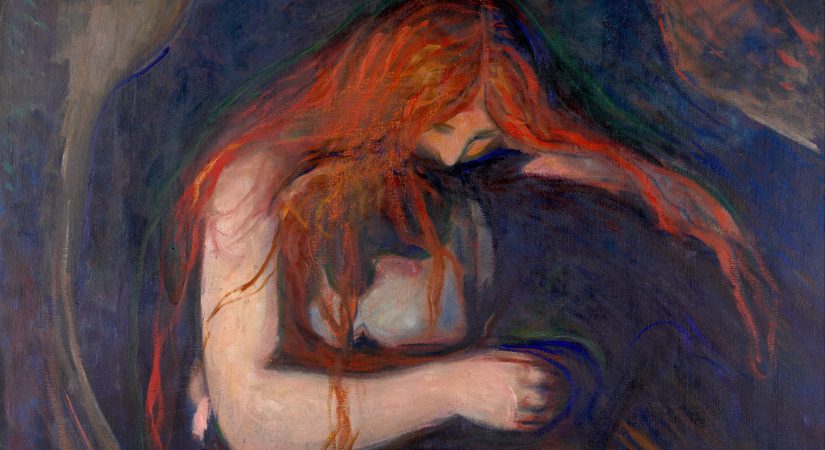 “There was something about them that made me uneasy, some longing and at the same time some deadly fear.”

In Bram Stoker’s Dracula, Jonathan Harker’s reaction to two beautiful female vampires is a mixture of attraction and revulsion. Stoker’s woman vampire is perhaps the ultimate femme fatale, equal parts alluring and deadly, and an embodiment of Victorian anxieties about female sexuality.

In popular film, depictions of female vampires are fascinating in their variety; while some hew more closely to Stoker’s rather one-dimensional Victorian prototype, others are more nuanced and psychologically complex, reflecting changing cultural attitudes about women, and also reflecting the changing ways in which women view themselves.  This class will include a selection of films made after 1980 from a diverse group of filmmakers, all of which feature female vampires as the protagonists.  Like real women, our protagonists have an array of identities: girlfriend, wife, lover, mother, daughter.  We will analyze these films and discuss how their formal and thematic components function as critique of female identity within society.  Films shown include The Hunger, Near Dark, Let the Right One In, Byzantium, Only Lovers Left Alive, A Girl Walks Home Alone at Night.

Alice Bullitt is a board and faculty member at Bryn Mawr Film Institute, a nonprofit art house movie theater on the Main Line. She previously ran special programming for Bryn Mawr Film Institute, the Ambler Theater, and the County Theater, curating their repertory programs comprised of classic film retrospectives, film festivals, and new independent films. Alice holds a B.A. in English Literature from Trinity College in Hartford, Connecticut, and an M.A. in English Literature and Film Studies from Claremont Graduate University.  Her special areas of interest include feminist criticism, adaptation theory, melodrama, and horror.