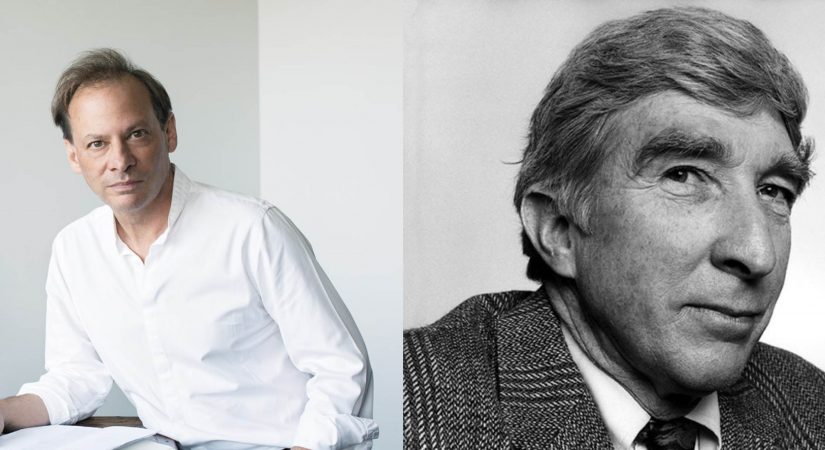 Adam Gopnik is a celebrated New Yorker writer. This conversation will be on his love for John Updike’s works. Books will be available for purchase from Shakespeare & Co., Booksellers.

Library of America, in partnership with the Rosenbach, presents Adam Gopnik on John Updike, a writer whom he has praised as “one of the greatest of all modern writers—and the first American since Henry James to get himself fully expressed. The precise, realist, encyclopedic appetite to get it all in and the exquisitist urge to make writing out of sensation rendered exactly were both alive in him. He was at once conjurer and chronicler.” This program celebrates the publication of John Updike: Novels 1959-1965, edited by Christopher Carduff, in the authoritative Library of America series.

Adam Gopnik, a staff writer, has been contributing to The New Yorker since 1986. During his tenure at the magazine, he has written fiction, humor, book reviews, profiles, and reported pieces from abroad. He was the magazine’s art critic from 1987 to 1995, and the Paris correspondent from 1995 to 2000. From 2000 to 2005, he wrote a journal about New York life. His books, ranging from essay collections about Paris and food to children’s novels, include Paris to the Moon, The King in the Window, Through the Children’s Gate: A Home in New York, Angels and Ages: A Short Book About Darwin, Lincoln, and Modern Life, The Table Comes First: Family, France, and the Meaning of Food, and Winter: Five Windows on the Season. Gopnik has three National Magazine awards, for essays and for criticism, and also the George Polk Award for Magazine Reporting. In March of 2013, Gopnik was awarded the medal of Chevalier of the Order of Arts and Letters. He lectures widely, and, in 2011, delivered the Canadian Broadcasting Corporation’s Massey Lectures. His first musical, The Most Beautiful Room In New York, opened in 2017, at the Long Wharf Theatre, in New Haven.

Sponsored by Lenore H. Steiner and Perry A. Lerner