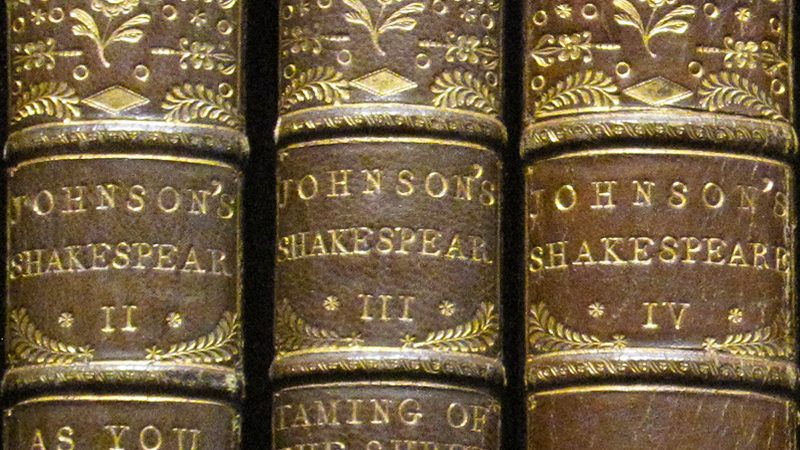 Although most scholars and historians agree that William Shakespeare from Stratford-upon-Avon wrote the plays and poems we associate with “Shakespeare,” there are still those who believe these works were written by someone else. It may be impossible to say anything for certain about the authorship of plays written more than 400 years ago, but we do know quite a lot about the history of playwriting and the early modern theater. Please join Jim Casey, Associate Professor of English at Arcadia University, for a discussion of the authorship debate, the collaborative process of Renaissance playwriting, and the related staging practices of the early modern theater.

Jim Casey is an Associate Professor at Arcadia University in Philadelphia. Although primarily a Shakespearean, he has published on such diverse topics as fantasy, monstrosity, early modern poetry, medieval poetry, textual theory, performance theory, postmodern theory, adaptation theory, digital humanities, old age, comics, anime, masculinity, Shakespeare, Chaucer, and Battlestar Galactica. He is a Fulbright Fellow, the recipient of a National Endowment for the Humanities Grant, the editor of the New Kittredge edition of Shakespeare and Fletcher’s The Two Noble Kinsmen, and the co-editor of the critical collection Shakespeare / Not Shakespeare with Christy Desmet and Natalie Loper.