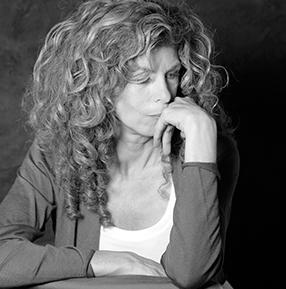 Marie Howe was born in 1950 in Rochester, New York. She worked as a newspaper reporter and teacher before receiving her MFA from Columbia University in 1983.

The poet Stanley Kunitz called her poetry “luminous, intense, and eloquent, rooted in an abundant inner life.” He selected her for a Lavan Younger Poets Award from the Academy of American Poets in 1988.

Howe is the recipient of the 2015 Academy of American Poets Fellowship. About Howe, Academy of American Poets Chancellor Arthur Sze said: “Marie Howe’s poems are remarkable for their focused, intense, and haunting lyricism. Her poems characteristically unfold through a series of luminous particulars that gather emotional power as they delve into the complexities of the human heart. Her poems are acclaimed for writing through loss with verve, but they also find the miraculous in the ordinary and transform quotidian incidents into enduring revelation.”

Her other awards include grants from the John Simon Guggenheim Foundation, the Bunting Institute, and the National Endowment for the Arts. She has taught at Tufts University and Dartmouth College, among others. In 2018, she was elected a Chancellor of the Academy of American Poets. Currently she teaches at New York University and Sarah Lawrence College. She lives in New York City with her daughter.