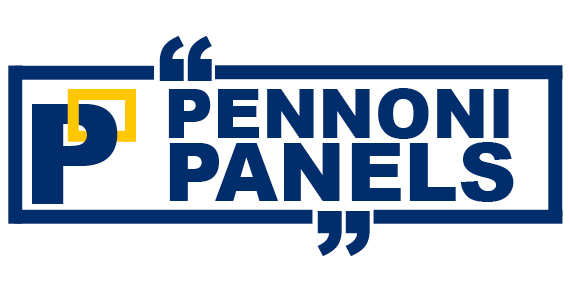 During the second night of Democratic debates on June 27, 2019, Kamala Harris demanded Joe R. Biden Jr. “pass the torch” to a younger generation of politicians with alternate perspectives, new political methods, and new policies. When institutions become stale or face crises of faith, cries for new lifeblood permeate the discourse. The demand for people to retire in order for burgeoning youth brimming with new ideas to take over and breathe new life into policies and work flows. But what are new ideas without institutional memory? Is it possible to bridge the gap between experience and radical change when it comes to policy-making? This panel will address the tensions between tradition and innovation, whether it is possible to merge approaches, or if drastic shifts are the wave of the future,

Roxanne Patel Shepelavy (MODERATOR), executive editor and co-executive director of The Philadelphia Citizen, has been a Philadelphia journalist for more than two decades. She’s an award-winning magazine writer whose work in national and regional magazines explored the effects of war; the moral and literal cost of healthcare; kick-ass female athletes; art capers; self-help scams; and a range of women’s and social issues. She now oversees the editorial operations of The Citizen, where she writes and edits stories about solutions to problems in cities with the aim of igniting civic participation. Roxanne is passionate about Philadelphia, a city she loves and worries over in equal measure.

Nicolas O’Rourke (PANELIST) is the new Organizing Director for the Pennsylvania Working Families Party, following his 2019 run for Philadelphia City Council-at-Large on the Working Families Party ticket. Most recently, he has worked as a community organizer for POWER to bring together people across race, income, faith, gender identity, and neighborhood lines to fight for and create systemic change in our society. Focusing on restorative justice, he brings Philadelphians together to raise voices to end the corrosive police practices of mass incarceration, stop and frisk, police abuse, gun violence, and the cash bail system. Nicolas is also Pastor at the Living Water United Church of Christ in Oxford Circle which supports his social justice ministry. A strong proponent of social justice and spiritual awareness, he works across wide ranging lines of thinking to highlight common spiritual ground for all people to contribute to the realization of “beloved community” in Philadelphia. Nicolas’s priorities are to end the current 10 year Tax Abatement, increase funding for the Police Advisory Commission, and make SEPTA free for students and low-income residents.

Gerald Bergen (PANELIST) is the GOP Ward Leader for the 12th Ward in the Germantown section of Northwest Philadelphia, as well as the Minority Inspector of Elections since 2018. Since 2014, Gerald has held the additional title of GOP Committeeman for Division 5 of his Ward. He currently works for Quest Design Services to coordinate business licensing and permit services for construction both within the City and Region. Gerald and his family are lifelong Philadelphians, and have strong roots in their Germantown community.

Patrick Christmas (PANELIST) taught biology and forensic science at Fels High School in Northeast Philadelphia after graduating from Swarthmore College in 2008. After five years in the classroom and having begun studies at the Fels Institute of Government, he joined the Committee of Seventy in August 2013 – in part, because he believes in Seventy’s nonpartisan mission to advance better government, but also because he was seeking the “Fels Trifecta.” (Samuel S. Fels was on Seventy’s original 1904 Executive Board.) Patrick is responsible for managing Seventy’s policy projects and advocacy campaigns, in addition to supporting its civic programming, communications, and social media. From 2014 to 2017, he oversaw the evolution of Seventy’s signature Election Day field operation to a broader set of civic initiatives, including an Election Ambassador Corps for high school students, voter experience survey, and comprehensive online voter guide and toolkit. His current duties focus on advancing reforms at the city and state level, which involves staffing the Better Philadelphia Elections and Open Primaries PA coalitions as well as Seventy’s Philadelphia Resolution 1 initiative.

Sponsored by Vivian and Mark Greenberg