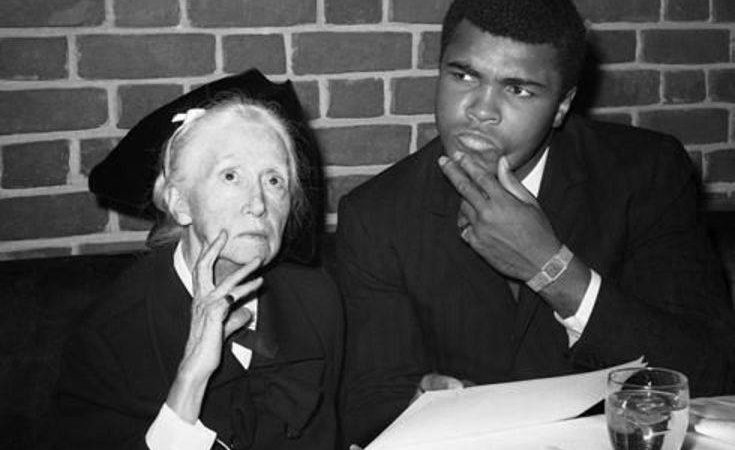 Inspired by poet Marianne Moore’s liner notes for Muhammad Ali’s 1963 I Am The Greatest album, “The Dirty Dozens” walks the line between sports and the spoken word, embodying Ali’s braggadocious verse that foreshadowed the dawn of rap battles and slam poetry. Featuring poets Wes Matthews, Patrick Rosal, and Yolanda Wisher with The Afroeaters: Lance Gamble on drums, V. Shayne Frederick on keys and vocals, Paul Giess on trumpet, and Mark Palacio on double bass.

Wes Matthews, the new Philadelphia Youth Poet Laureate, is a Detroit-born, Philadelphia-based poet and essayist. He is a 2x Brave New Voices International Youth Poetry Slam Festival competitor, a 2016 TEDxDetroit speaker, and winner of the 2018 Philly Slam League All-Star Slam. His work can be found in Detroit Free Press, Eunoia Review, Dreginald Magazine, and more. Wes forges his work with an imaginative eye on the darkness of cultural and historical landscapes, connecting them with personal ideals and forward-thinking hope.

Patrick Rosal is a poet, essayist, interdisciplinary artist, and musician/composer/arranger. He is the author of four books of poetry, most recently, Brooklyn Antediluvian, which won the Lenore Marshall Prize from the Academy of American Poets and was a finalist for the Kingsley Tufts Award. His writing has appeared in Best American Poetry, the New York Times, American Poetry Review, Grantland, and many other journals and anthologies. He has been a featured performer across four continents and at hundreds of venues and festivals throughout the United States. A recipient of residencies from Civitella Ranieri and the Lannan Foundation, he has been awarded fellowships from the John Simon Guggenheim Foundation, the National Endowment for the Arts, and the Fulbright Core Researcher Program. He currently teaches at Princeton University as Visiting Associate Professor and is a full-time associate professor of the MFA program at Rutgers University-Camden.

Yolanda Wisher is the author of Monk Eats an Afro (Hanging Loose Press, 2014) and the co-editor of Peace is a Haiku Song (Philadelphia Mural Arts, 2013). Wisher performs a unique blend of poetry and song with her band The Afroeaters, and her work has been featured in a variety of media including Gathering Ground: A Reader Celebrating Cave Canem’s First Decade, GOOD Magazine, The Philadelphia Inquirer, Contemporary Black Canvas, Radio Times, PoetryNOW, Ploughshares, and CBC Radio. A Pew Fellow & Hedgebrook Writer-in-Residence, Wisher was named the inaugural Poet Laureate of Montgomery County Pennsylvania in 1999 and the third Poet Laureate of Philadelphia in 2016. Wisher taught high school English for a decade, served as Director of Art Education for Philadelphia Mural Arts, and founded and directed the Germantown Poetry and Outbound Poetry Festivals. She has led workshops and curated events in partnership with the Philadelphia Museum of Art, Free Library of Philadelphia, and U.S. Department of Arts & Culture. Wisher was the 2017-2018 CPCW Fellow in Poetics and Poetic Practice at the University of Pennsylvania, and she is currently the Curator of Spoken Word at Philadelphia Contemporary.

This program is sponsored by Liza and Jonathan Seltzer.

Curated and hosted by Philadelphia Poet Laureate Emerita Yolanda Wisher, each rent party features readings by two contemporary poets from different schools of thought and craft in addition to a performance Wisher and her band The Afroeaters, reviving a vintage work of jazz poetry or premiering a new work inspired by the Rosenbach’s collection. The series is an ongoing love letter to the literary past, often focusing on a writer whose work has been lost, forgotten, or misunderstood. Previous rent parties have highlighted the poetry of The Black Opals collective, a group of young African Americans writing in Philadelphia during the 1920s; the legacy of Phillis Wheatley, the first published African American poet; and Ask Your Mama, a jazz poem composed by Langston Hughes.

Rent party guests are invited to sip a signature cocktail as they witness literary and musical performances. They can purchase books or CDs by the featured artists and get them signed in person. Seating is limited; advance registration is strongly recommended.