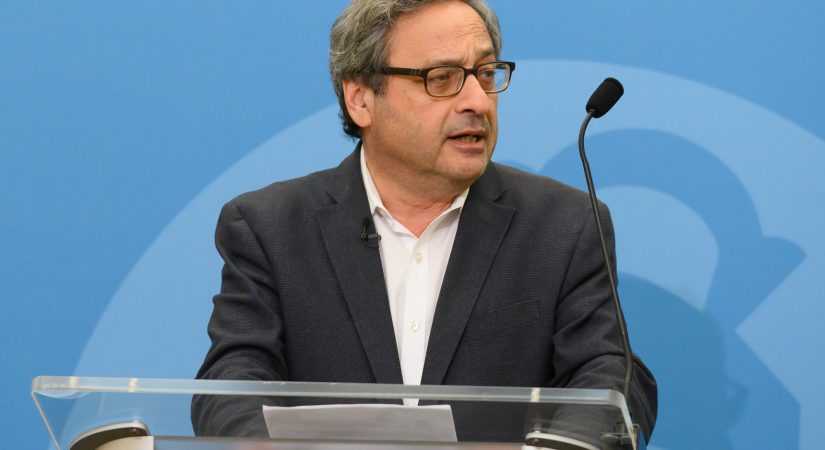 Andrew Delbanco, author of the prizewinning book The War before the War, will speak about the moral crisis over the fate of fugitives from slavery in the years before the Civil War, and about Herman Melville as the greatest literary witness of the age. This program will be held on Zoom. After registration, you will receive the link via email.

Andrew Delbanco is Alexander Hamilton Professor of American Studies at Columbia University and president of the Teagle Foundation. He earned his A.B., M.A., and Ph.D. degrees from Harvard University.

Professor Delbanco’s most recent book, The War Before the War: Fugitive Slaves and the Struggle for America’s Soul from the Revolution to the Civil War (Penguin Press, 2018), was named a New York Times notable book. It was awarded the Anisfield-Wolf prize for “books that have made important contributions to our understanding of racism and human diversity,” the Lionel Trilling Award, and the Mark Lynton History Prize, sponsored by the Columbia Journalism School and the Nieman Foundation at Harvard, for a work “of history, on any subject, that best combines intellectual or scholarly distinction with felicity of expression.”

Among Professor Delbanco’ other books, Melville: His World and Work (Knopf, 2005) was a finalist for the Los Angeles Times Book Prize in biography, and was awarded the Lionel Trilling Award by Columbia University. College: What it Was, Is, and Should Be (Princeton University Press, 2012), has been translated into several languages. His essays appear in The New York Review of Books, The New York Times, The Wall Street Journal, and other periodicals, on topics ranging from American literature and history to contemporary issues in higher education.

Mr. Delbanco has been a fellow of the American Academy of Arts and Sciences since 2001. That same year he was named “America’s Best Social Critic” by Time Magazine. In 2006 he was honored with the Great Teacher Award by the Society of Columbia Graduates, in 2013 he was elected to the American Philosophical Society, and in 2020 he was elected vice president of the Society of American Historians. He holds honorary degrees from Ursinus College, Occidental College, and Marlboro College. In 2012, he was awarded a National Humanities Medal by President Barack Obama.