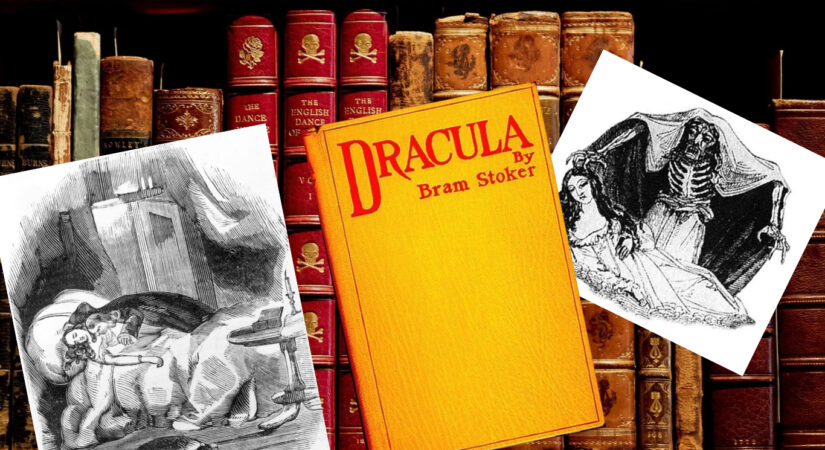 Bram Stoker’s Dracula has become the ur-text of vampire fiction and lore, the vampire story that not only continues to influence vampire tales today, but also influences how we read vampire stories that came before it. We’ll begin this seminar series by talking about Stoker’s novel, its story, as well as its continuing resonance about everything related to vampires. We’ll also take a look at some of the notes the author compiled as he wrote the book and now are a part of The Rosenbach’s collections. Then each month, we’ll feature a different vampire text: from stories of vampire folklore and fiction before Dracula to contemporary vampire fiction.

Unlike our Sundays with Dracula series, these meetings will include student discussion. We’ll use the Zoom meeting format, so we can all be on the screen together, talking about our favorite vampire stories. Class size will be limited to 25 participants per session. Students are responsible for their own internet connections.

Bram Stoker’s Dracula’s Guest and Other Weird Stories was published in 1914, two years after the author’s death. In the preface to the book, Stoker’s widow, Florence wrote: “To his original list of stories in this book, I have added an hitherto unpublished episode from Dracula. It was originally excised owing to the length of the book, and may prove of interest to the many readers of what is considered my husband’s most remarkable work.” The story is a fascinating look at some of Stoker’s original ideas and abandoned direction for his famous novel.  We’ll discuss the story. particularly about how it adds to Stoker’s vision, but also to the vampire mythos as a whole. We’ll also look at some of the pages from Stoker’s Notes to Dracula from The Rosenbach’s collections. This session will cover only the title story, “Dracula’s Guest.”

Led by Edward G. Pettit, host of The Rosenbach’s Sundays with Dracula