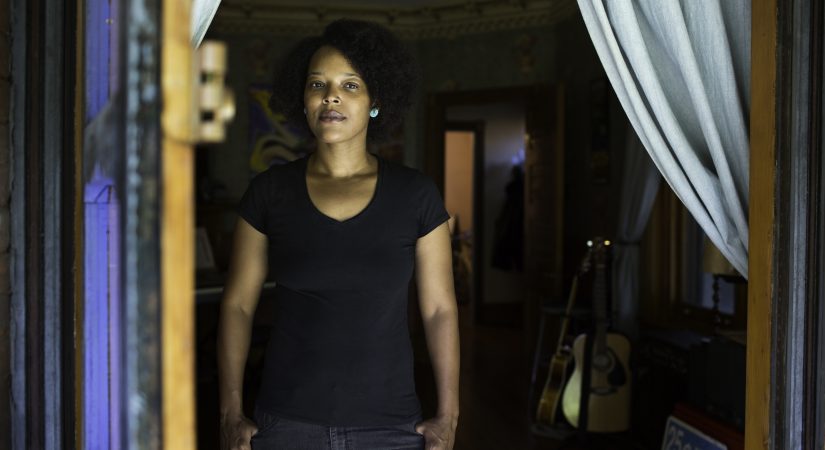 The sixth edition of Yolanda Wisher’s Rent Party at the Rosenbach will highlight the Rosenbach’s copy of René Maran’s 1921 novel Batouala. Maran, a poet from Martinique, was the first Black writer to win France’s esteemed Prix Goncourt literary prize. A product of the New Negro and Negritude movements, the novel was so groundbreaking in its critique of French colonialism through the eyes of Africans that it was banned from the French colonies in 1928. Featured poets will respond to the content and form of Batouala, the story of a love triangle, and Yolanda Wisher and The Afroeaters will perform parts of the novel as a jazz text.

The tradition of the rent party dates back to the Harlem Renaissance, when communal gatherings of artists and musicians fed the outpouring of blues, jazz, and poetry for which the era is celebrated. Hosted and curated by poet Yolanda Wisher, this quarterly series toasts the literary past with readings by contemporary and music performed by Wisher’s band, the Afroeaters.

V. Shayne Frederick (Keys) is a North Carolina-born and Philadelphia-bred vocalist, pianist, arranger, and musical director. Although he grew up on piano benches beside his mother in countless churches throughout Carolina, his first experience as a performer was as a student director of the Dartmouth College Gospel Choir. Eventually, he would find his way to jazz clubs, piano bars, concert halls, museums and jazz fests. Through collaborative efforts with the Philadelphia Jazz Project, solo concerts and myriad ensemble performances, V. Shayne has been cited as “one of the region’s busiest and best jazz singers,” “one to watch,” and a “shining light.”

Sirlance Gamble (Drums) is a North Philly native who has been indulging in the performing arts since the tender age of thirteen. Since then Sirlance has done stage plays and productions and has played for artists such as Maya Leak, Regina Belle, Shabba Ranks, Evelyn Champagne King, Tony Terry, KeKe Wyatt, Super Cat, Tweet, and Da’Ville, to name a few. His lifelong goal is to remain a student of music because music is too fluid and organic to master.

Paul Giess (Trumpet) is a versatile trumpet player, composer, and educator. Paul is currently employed by the Philadelphia Clef Club of Jazz as an Education Consultant to Artistic Director Lovett Hines and as a trumpet teacher. He also teaches beginning piano at the Meridee Winters School of Music. Paul is the Music Coordinator for the Center for Creative Works, a vocational arts center for adults with disabilities. Recently Paul collaborated with MSS, a community of artists with disabilities through a McKnight Visiting Composers Residency, awarded through the American Composers Forum. He leads his own ensemble, The Paul Giess Group, and is active in multiple ensembles. Paul’s composition “Prayer for Mimi” was included in the 2017 Philadelphia Real Book, and he released his debut jazz album U Suite U in January 2015.

afaq (Poet) is a philly based daughter, with grandmother tendencies. assembled in yemen (from sudanese parts) afaq considers herself a global citizen of her own country. she is an international award winning poet, a museum exhibiting photographer, an activist, and educator who seeks to love the world until it loves her back. she has collaborated with netflix, pen america, beautycon media, poetry out loud, the pennsylvania academy of fine arts, the barnes foundation, and several universities including nyu, uarts, columbia university, and upenn. continuously targeted and previously arrested for her activism, afaq uses her art, experiences, and the violence she has witnessed to combat injustice while spreading messages of empathy and change.

Cynthia Dewi Oka (Poet) is the author of Salvage: Poems (Northwestern University Press, 2017) and Nomad of Salt and Hard Water (Thread Makes Blanket, 2016). With community partner Asian Arts Initiative, she created Sanctuary: A Migrant Poetry Workshop for immigrant poets in Philadelphia and teaches Foundations of Poetry at the Blue Stoop. A recipient of the Leeway Foundation’s Transformation Award, she holds an MFA from Warren Wilson College and is originally from Bali, Indonesia.

Mark Palacio (Double Bass) comes from a long line of Garifuna teachers in Central America. His adventures in K thru 12 teaching have included positions at Greenfield Elementary, Germantown Friends School, and the Miquon School, where he is currently a fifth/sixth grade teacher. Mark is a co-founder of the Germantown Poetry Festival and umüvme (you-move-me), a poetry show on Gtown Radio. A largely self-taught musician, he has studied with many of Philadelphia’s jazz luminaries, including Trudy Pitts, Larry McKenna, James “Hicks” Glenn, and Tyrone Brown. Mark is originally from Belize City, Belize via Brooklyn, NY.

Yolanda Wisher (Poet, Vox) is the author of Monk Eats an Afro (Hanging Loose Press, 2014). A Pew Fellow & Hedgebrook Writer-in-Residence, Wisher was named the inaugural Poet Laureate of Montgomery County Pennsylvania in 1999 and the third Poet Laureate of Philadelphia in 2016. Wisher taught high school English for a decade, served as Director of Art Education for Philadelphia Mural Arts, and founded and directed the Germantown Poetry and Outbound Poetry Festivals. Wisher was the 2017-2018 CPCW Fellow in Poetics and Poetic Practice at the University of Pennsylvania, and she is currently the Curator of Spoken Word at Philadelphia Contemporary. www.yolandawisher.com

Curated and hosted by Philadelphia Poet Laureate Emerita Yolanda Wisher, each Rent Party features readings by contemporary poets from different schools of thought and craft in addition to a performance Wisher and her band The Afroeaters, reviving a vintage work of jazz poetry or premiering a new work inspired by The Rosenbach’s collection. The series is an ongoing love letter to the literary past, often focusing on a writer whose work has been lost, forgotten, or misunderstood. Previous rent parties have highlighted the poetry of The Black Opals collective, a group of young African Americans writing in Philadelphia during the 1920s; the legacy of Phillis Wheatley, the first published African American poet; and Ask Your Mama, a jazz poem composed by Langston Hughes.