The first half hour of every episode is a segment called, A Turn about the Room, in which special guests join us to talk about a variety of Austenian topics.  The final hour of each episode consists of a conversational annotation of a few chapters of Pride and Prejudice with one of our cohosts. 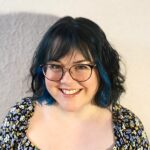 Dr. Lauren Nixon is an Early Career Researcher specialising in representations of nation, war and masculinity in the late eighteenth century, exploring the interconnections between conflict, gender, and nationality during the Revolutionary and Napoleonic Wars. She is currently the Events Fellow for the Gothic Women Project, and creates spooky edutainment content as one half of the Ghoul Guides with her partner in crime, Mary Going. For The Rosenbach, Lauren was a cohost for the Sundays with Dracula, Frankenstein and Jane Eyre. Although her primary focus is Gothic literature, Jane Austen has long been a personal and professional passion: in addition to a published works on Austen, she worked for a number of years at the Jane Austen Centre and with the Jane Austen Festival. And yes, she does own a bonnet. She may even own two. 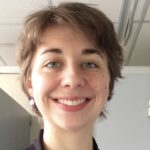 Kathleen Hudson earned her postgraduate degree from the University of Sheffield. She is the author of Servants and the Gothic: 1764-1831, A half-told tale and editor of the edited collection Women’s Authorship and the Early Gothic: Legacies and Innovations, and has published widely on Gothic literature, class narratives, and women’s writing in the 18th and 19th centuries. She currently works as an adjunct professor at the United States Naval Academy and Anne Arundel Community College and has a close relationship with The Rosenbach, where she was an instructor for the “Jane Austen’s Sense and Sensibility” course in 2021/2022 and a featured cohost on Sundays with Jane Eyre. 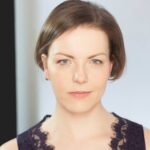 Kathryn MacMillan (cohost) is the Artistic Director of Philadelphia theater Tiny Dynamite, where she premiered the smash hit The Complete Works of Jane Austen, Abridged in 2019. The show’s director as well as co-writer, KC was nominated for a Barrymore Award for Excellence in Theater, for Outstanding Direction of a Play. KC is the director of more than 50 productions in regional theater and off-Broadway, including NYC’s Theatre Row; Lantern Theater and InterAct Theater (Philadelphia), Delaware Theatre Company (Wilmington, DE), Dram Tree Shakespeare (Wilmington, NC), and Theatre Horizon in Norristown, PA, where her production of The Revolutionists was nominated in 2018 for six Barrymore Awards, including Best Production & Director. Philadelphia Weekly named her Beauty Queen of Leenane the Best of the Year, and the Daily News named Doubt one of the Best Plays of 2015. In 2015, she was named one of Billy Penn’s Who’s Next: 16 Young Philadelphians Shaping the Arts Scene. Upcoming: KC is the lead artist on the upcoming The Vampire’s Mystery: Notes on a Monster program at the Rosenbach on Oct 28-30, and is director/co-writer of a new adaptation of Jane Eyre.

A Turn about the Room special guests 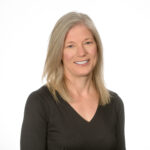 September 19: The Making of Jane Austen (and will also stay on as cohost for the chapter annotations)

Devoney Looser, Regents Professor of English at Arizona State University and Guggenheim Fellow, is the author or editor of ten books, including the forthcoming Sister Novelists: The Trailblazing Porter Sisters, Who Paved the Way for Austen and the Brontës (out from Bloomsbury on October 25, 2022), The Making of Jane Austen, and The Daily Jane Austen: A Year of Quotes. Her essays have appeared in the Atlantic, New York Times, Salon, Slate, TLS, Entertainment Weekly, and the Washington Post, and her series of 24 30-minute lectures on Austen is available through The Great Courses. In addition to being a quirky Janeite book nerd, she’s played roller derby under the name Stone Cold Jane Austen. 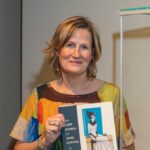 Janine Barchas holds the Chancellor’s Council Centennial Chair in the Book Arts at the University of Texas at Austin, where she is a professor in the English Department. Her recent award-winning book, entitled The Lost Books of Jane Austen, tracks Austen’s popular reception by means of the unsung, cheap editions that scholarly libraries have not bothered to collect. She describes it as “hardcore bibliography meets the Antiques Roadshow.”  Her earlier book, Matters of Fact in Jane Austen: History, Location, and Celebrity, described Austen as a consummate name dropper who invokes both national celebrity and local history with the choices of names and settings for her fictions.  In addition to authoring books, Barchas is the creator behind the digital project What Jane Saw (www.whatjanesaw.org), which reconstructs two Georgian blockbusters as witnessed by Jane Austen. She has also curated museum exhibitions and written essays for the Washington Post, New York Times, Lit Hub, and the Los Angeles Review of Books. 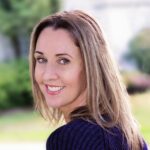 October 3: Natalie Jenner on how Austen works her magic

Natalie Jenner is the internationally bestselling author of The Jane Austen Society and Bloomsbury Girls, which were both instant national bestsellers, Amazon Best Books of the Month, Indie Next Picks and People Magazine Books of the Week. The runner-up for best historical fiction in the 2020 Goodreads Choice Awards, The Jane Austen Society has been sold for translation in over twenty countries and has been optioned for film and television. Born in England and raised in Canada, Natalie has been a corporate lawyer and career coach and once owned an independent bookstore in Oakville, Ontario, where she lives with her family and two rescue dogs. 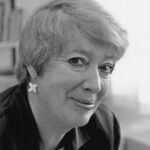 Professor emerita Jocelyn Harris took her MA at the University of Otago, New Zealand, and her PhD at the University of London. Always, she tries to catch Jane Austen in the act of creation. Editing Samuel Richardson’s Sir Charles Grandison (1972)  made her realize just how often Austen turned to her favorite book, and in Jane Austen’s Art of Memory (2003), she argued that Austen took whatever she wanted from Richardson, Shakespeare and a host of other authors. In A Revolution Almost Beyond Expression: Jane Austen’s “Persuasion” (2007), Jocelyn looked closely into Austen’s mind by comparing the cancelled chapters with the published ones and enquiring into the social, political, historical and satirical contexts of that novel. More discoveries followed in Satire. Celebrity, and Politics in Jane Austen (2017), where she identified historical moments and actual people in Austen’s fiction. Jocelyn is a frequent speaker JASNA and elsewhere––and now Zoom! 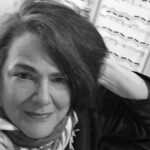 Claudia L. Johnson joined the faculty at Princeton in 1994 and was Chair of the English Department from 2004-2012.  Johnson’s Jane Austen’s Cults and Cultures (Chicago, 2012) won the Christian Gauss Award in 2013.  More recently she has published a deluxe edition of Jane Austen’s The Beautifull Cassandra (Princeton, 2018) in collaboration with artist Leon Steinmetz, and 30 Great Myths about Jane Austen (Blackwell, 2020) in collaboration with Clara Tuite. Her other books include The Blackwell Companion to Jane Austen, ed. with Clara Tuite (Blackwell, 2005), The Cambridge Companion to Mary Wollstonecraft (Cambridge, 2002), Equivocal Beings: Politics, Gender and Sentimentality in the 1790s (Chicago, 1995), which won an Honorable Mention for the MLA Lowell Prize, and Jane Austen: Women, Politics, and the Novel (Chicago, 1988).  In addition she is keenly interested in textual scholarship, and has prepared editions of Jane Austen’s Mansfield Park, Sense and Sensibility, Northanger Abbey and (with Susan Wolfson) Pride and Prejudice. Her research has been supported by major fellowships such as the NEH and the Guggenheim. 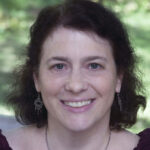 October 24: Among the Janeites

Deborah Yaffe, an award-winning newspaper journalist and author, has been a passionate Jane Austen fan since first reading Pride and Prejudice at age ten. Her second book, Among the Janeites: A Journey Through the World of Jane Austen Fandom, was published in August 2013. Yaffe holds a bachelor’s degree in humanities from Yale University and a master’s degree in politics, philosophy, and economics from Oxford University in England, which she attended on a Marshall Scholarship.  She works as a freelance writer, has two grown children, and lives in central New Jersey with her husband and her Jane Austen Action Figure.