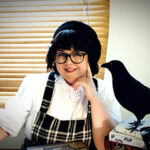 Dr. Lauren Nixon was awarded her PhD from the University of Sheffield in 2020, where she was co-organiser of Sheffield Gothic for six years. Lauren’s thesis project focused on the representations of war and military masculinity in late eighteenth century Gothic fiction, exploring the interconnections between conflict, gender, and nationality during the Revolutionary and Napoleonic Wars. Although an absolute scaredy cat and really bad with horror, Lauren’s interest in the Gothic’s ongoing engagement with war crosses into contemporary texts too: Lauren was the co-founder of Gaming the Gothic and has presented work on film, television, video games, and Kpop. In addition to her research Lauren works frequently in outreach education, delivering workshops and masterclasses for GCSE and ALevel students as well as lectures and programmes for public engagement. For The Rosenbach, Lauren was a cohost for the Sundays with Dracula and Sundays with Frankenstein shows, and is teaching a virtual course on the origins Gothic literature.  Cohost: September 19, then the second Sunday of every month 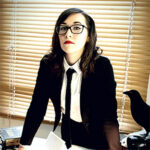 Mary Going is a research associate at the University of Sheffield working with Dr Maisha Wester exploring the ways that Gothic fiction influences discussions of race. Her own research focuses on constructions of Jewishness as well as the intersection of religion and the Gothic, and she is co-lead of the Gothic Bible project which hosted a ‘Buffy and the Bible’ conference in 2019 – complete with an evening Buffy singalong. Her publications include a chapter on Jewish vampires in Horror and Religion (UWP, 2019), an article on witches, Jewish persecution, and sexual violence in Ivanhoe (in Bible and Critical Theory, 2019), and a chapter exploring Supernatural and police procedurals (McFarland, 2021). She is also the current Web Officer for the International Gothic Association. For The Rosenbach, Mary was a cohost for the Sundays Dracula and Sundays with Frankenstein shows, and is teaching a virtual course on the origins Gothic literature.  Cohost: September 19, then the second Sunday of every month 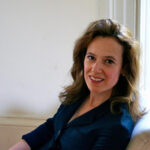 Dr. Lucasta Miller is a critic and biographer. As the author of The Brontë Myth, she has published and lectured widely on the sisters and their afterlives. More recently, her research has focused on their ‘before-lives’: the Romantic and post-Romantic influences that made them and the literary marketplace in which they made their names.

In 2019, Lucasta’s book L.E.L.: The Lost Life and Mysterious Death of the Female Byron was shortlisted in the US for the National Book Critics’ Circle Award. Its subject, Letitia Landon, was a popular poet of the 1820s and 1830s who influenced the Brontës.  Earlier this year, Lucasta published Keats: A Brief Life in Nine Poems and One Epitaph in the UK (‘Outstanding’, Sunday Times); it will be published in the US by Knopf in 2022.  Lucasta has been a literary editor, a prolific reviewer, and a profile writer and cultural commentator for the Guardian. She currently reviews for the FT and Spectator. At Oxford, she has been a visiting fellow at Lady Margaret Hall and a visiting scholar at Wolfson College.  Special Guest on September 19                                              Cohost: December 5, Vol 2, Ch 1 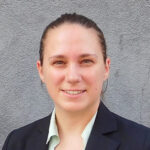 Dr Christine Woody is Assistant Professor of English and director of the Textual Scholarship Certificate Program at Widener University. Her research focuses on nineteenth century print culture, especially the chaotic world of periodical publication and the constructions of authorship found within it. Recent scholarship can be found in the Keats-Shelley Journal (2017 – on the idea of the “Cockney” author), Essays in Romanticism (2018 – on the narrative of the author as apostate), and Romantic Periodicals in the Twentieth Century (ed. Mason and Mole, Edinburgh UP, 2021 – on pseudonymous authorship as performance). She is also the editor of the Noctes Ambrosianae Project: a digital edition of a series of collectively-authored satirical dialogues from Blackwood’s Edinburgh Magazine. Cohost: September 26, Vol 1, Chs 1-2; January 2, Vol 2, Chs 4-5 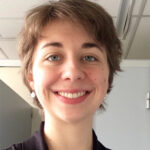 Dr Kathleen Hudson earned her postgraduate degree from the University of Sheffield. She is the author of Servants and the Gothic: 1764-1831, A half-told tale and editor of the edited collection Women’s Authorship and the Early Gothic: Legacies and Innovations, and has published widely on the Gothic, class narratives, women’s writing, and contemporary horror literature and media. She currently works as an adjunct professor at the United States Naval Academy and Anne Arundel Community College. Cohost: October 3, Vol 1, Chs 3-4; third Sunday starting in January 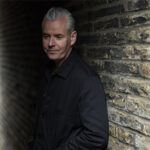 Michael Stewart’s debut novel, King Crow, was the winner of the Guardian’s Not-the-Booker Award. Other books include Couples; Café Assassin; Mr Jolly and, Ill Will: The Untold Story of Heathcliff. Walking the Invisible, a hybrid memoir about the Brontës’ lives and landscapes, was published by HarperCollins in June 2021. He is also the creator of the Brontë Stones project. 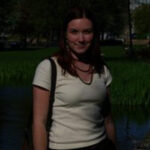 Dr Janine Hatter is a lecturer at the University of Hull, UK and her research focuses on nineteenth-century literature, art and culture, with particular emphasis on popular fiction.  Cohost: October 24, Vol 1, Chs 9-10 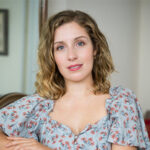 Finola Austin, also known as the Secret Victorianist on her award-winning blog, is an England-born, Northern Ireland-raised, Brooklyn-based historical novelist and lover of the nineteenth century. Her first novel, Bronte’s Mistress (Atria Books, 2020) was inspired by the rumored affair between Lydia Robinson, an older married woman, and Branwell Bronte, the Bronte sisters’ brother. By day, Austin works in digital advertising. She has two degrees from the University of Oxford, including a Master’s in nineteenth-century British literature. Find her online at www.finolaaustin.com. Cohost: November 7, Vol 1, Ch 11, January 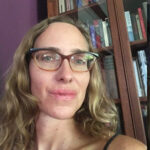 Deborah Lutz is the Thruston B. Morton Endowed Chair of English at the University of Louisville. She is the author of five books, including The Brontë Cabinet: Three Lives in Nine Objects (Norton, 2015) and Relics of Death in Victorian Literature and Culture (Cambridge University Press, 2015), and she has been awarded a National Endowment for the Humanities (NEH) Fellowship, an American Council of Learned Societies Fellowship, and an Andrew W. Mellon Foundation Fellowship at the Huntington Library. Cohost: November 21, Vol 1, Ch 14 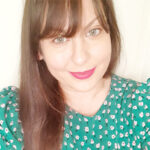 Dr Hannah Moss is an early career research associate at the University of Sheffield. She specialises in late eighteenth- and early nineteenth-century women’s writing and has a particular interest in the literary representation of artists. Hannah credits the Brontes for first sparking her interest in studying English Literature, and completed her Master’s dissertation on Elizabeth Gaskell’s Life of Charlotte Bronte (1857). Cohost: November 28, Vol 1, Ch 15; March 6, Vol 3, Chs 5-6 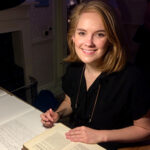 Sophie Franklin is a postdoctoral fellow at the University of Tübingen, specialising in the Brontës, violence, nineteenth-century literature and culture, and afterlives. She completed her PhD at Durham University in 2019, where she explored representations of violence in Anne, Charlotte, and Emily Brontë’s work; and she is the author of Charlotte Brontë Revisited: A View from the Twenty-First Century, published by Saraband in 2016 and reissued in 2018.  Cohost: December 19, Vol 2, Ch 3; April 3, Vol 3, Ch 11 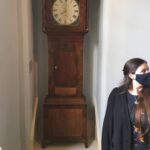 Adelle Hay is a PhD student at the University of Loughborough. Her research focuses on Anne Brontë’s changing literary and personal reputations, and how these have been affected by the posthumous editing of her works. Prior to starting at Loughborough, Adelle had trained as a physicist, graduating from the University of York with an MPhys in 2010. Adelle’s lifelong interest in books and literature eventually resulted in a career change and in 2020, after three years working as a bookbinder, her first book Anne Brontë Reimagined: A View From The Twenty-first Century was published by Saraband. Her technical experience and lifelong interest in the Brontës inspired the PhD project, which combines digital humanities, textual editing, and cultural heritage. She is supervised by Dr Claire O’Callaghan and Dr Barbara Cooke.  Cohost: January 23, Vol 2, Ch 9

Dr Claire O’Callaghan is a Lecturer in English at Loughborough University, U.K. Her research focuses on Victorian and neo-Victorian literature and culture, with an emphasis on gender, sexuality and the body. Claire is an expert on the Brontës. She is the author of Emily Brontë Reappraised (Saraband, 2018) and she has also written on Jane Eyre, The Tenant of Wildfell Hall, Emily’s poetry, contemporary reworkings of Wuthering Heights, and the Brontë biodrama, To Walk Invisible (2016). Claire was the co-editor of a special issue of Brontë Studies devoted to the theme of ‘coarseness’ in the Brontës (issue 44:1, 2019), and she was the instigator and organiser of Brontë2020, an one-day digital event to raise money for the Brontë Parsonage following its initial closure in the wake of Covid-19 (more of which can be found here: https://bronte2020.wordpress.com/recordings/). She is now an Associate Editor of Brontë Studies. Claire’s current research is looking at Charlotte Brontë’s commentary on her siblings’ experiences of tuberculosis in 1848. https://www.lboro.ac.uk/subjects/english/staff/claire-ocallaghan/#tab1 Twitter: @drclaireocall Cohost: February 6, Vol 2, Ch 11 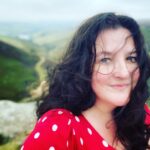 Rowan Coleman is the Sunday Times and New York Times bestselling author of sixteen novels including the Richard and Judy pick The Memory Book and the Zoe Ball bookclub choice, The Summer of Impossible Things. Rowan also writes the Brontë Mysteries under the name Bella Ellis, a series that imagines that before they were world renowned novelists the Bronte sisters were amateur sleuths. These include The Vanished Bride, The Diabolical Bones and The Red Monarch with more on the way in 2022. Cohost: February 27, Vol 3, Chs 3-4; March 27, Vol 3, Chs 9-10