Cervantes ended Don Quixote (1605) by promising a second part, but did not publish it until 1615. Meanwhile, a writer calling himself Alonso Fernandez de Avellaneda obliged impatient readers with his own continuation. Cervantes faced this dilemma with ingenuity, bringing Avellaneda’s book into the world of his own novel, where Don Quixote and Sancho Panza discover that both authors have written books about them. Through their attempts to disentangle these layers of fiction, and his own claim that he was only editing a work written and translated by others, Cervantes explored the concepts of literature and reality, sanity and madness. 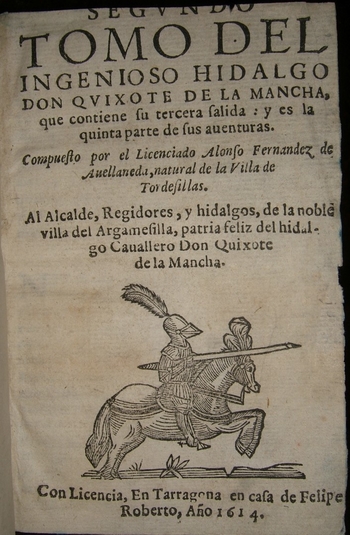 The partner desk in the Rosenbach rare book library currently features books that inspired or were referenced in James Joyce’s literary endeavors. James Joyce: My Favorite Hero(es)  features Virgil, Dante, and Shakespeare. Be sure…
Read more

Past exhibition: Creature Comforts: Collecting Natural History at the Rosenbach

Explore some of the most stunning natural history illustrations in the Rosenbach collections, along with historical documents and decorative arts that document the history of natural history in America.
Read more
[pirate_forms]