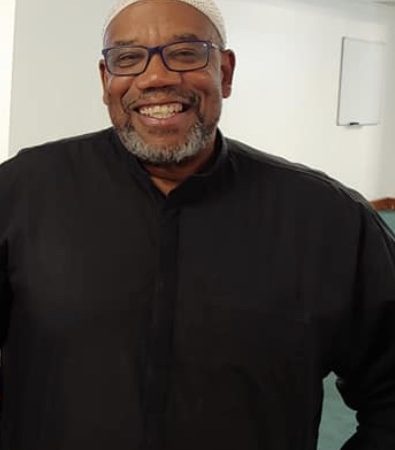 Prophet Jonah or Yunus (peace be upon him) was more than just a man swallowed whole by a whale, but a messenger sent by God on an interesting journey that stretches across many chapters in the Quran. We’ll look at his journey through the Islamic perspective while giving specific attention the lessons, anecdotes and values which are still applicable and used in present day society.

Hudhaifah Abdulhayy was born and raised in Philadelphia, embraced Islam in 1975 and now serves as an Assistant Imam at Masjid Mujahideen. His duties run the gamut between performing the duties of a khatib (religious speaker), directing and managing the Education Department at the masjid and facilitating intensive Islamic studies courses. He has studied at the American Open University with a focus on qur’anic sciences and recitation, Islamic jurisprudence, hadith texts, Arabic grammar and the life of the beloved Islamic Prophet, Muhammad (peace and blessings be upon him).  When he is not serving his community, he loves to camp, fish, hunt and participates in an array of competitive outdoors sports.

About the Three Looks at Jonah Mini-Series

From Father Mapple’s sermon to the very premise of the whale, the Biblical figure of Jonah hovers throughout Herman Melville’s Moby-Dick. The ancient story of Jonah is a shared text that has influenced literature and religion across cultures and centuries. In conjunction with The Rosenbach’s exhibition American Voyager, scholars and faith leaders from Philadelphia will explore the importance of the prophet Jonah to understandings of Judaism, Christianity, and Islam.