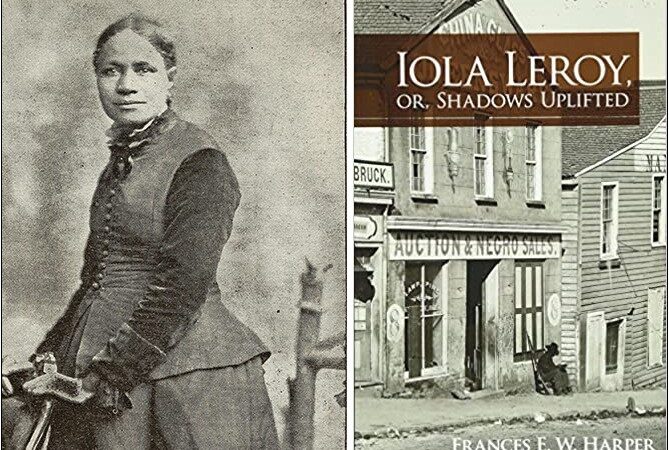 Poet, lecturer and activist Frances Ellen Watkins Harper advocated multi-tasking for women as she defended female honor, lectured before mixed audiences, and recruited allies who would assist her in protesting the state of unfreedom in America. Additionally, she got involved in clandestine operations to help fugitives, wrote poetry, published essays, and spoke against horrors of slavery. Born in Baltimore to free parents, yet orphaned at age three, Harper was raised by her uncle William Watkins and attended his school. Initially she worked at odd jobs as a nursemaid and a seamstress. Later she became a teacher until she began lecturing in Massachusetts, Pennsylvania, Ohio, Maine, New Jersey, and New York. After Baltimore she settled in Philadelphia, and conducted her abolitionist activities, including her involvement in Underground Railroad, in our city. During her lecture tours she often faced resistance from rude audiences who found her speeches “manly,” since lecturing was generally considered a man’s job. Following a speech before a conservative audience, she was surprised to hear that they even took her as a man.

Besides being an abolitionist, Harper was a strong advocate of temperance, women’s rights and women’s suffrage. It is believed that Harper wrote her 1892 novel Iola Leroy; or, Shadows Uplifted in an effort to “re-arm the black intellectual and to contest the terrain of racist retrenchment.” In addition to composing poems on slave mothers and children separated from their families at a young age, Harper wrote social commentaries against Jim Crow laws that hampered African Americans’ efforts to eradicate illiteracy, and instill self-education during the turbulent 1870s. She was against racism and sexism; her poems and essays clearly reveal her principles.

This course will rely on activist-teacher Harper’s anti-slavery writing, her novel titled Iola Leroy in particular, and supplemented by additional texts, including her poems, popularized by Philadelphia’s abolitionist audiences, both Black and White, whose contributions to African American struggle for freedom and equality are still visible and commemorated in our city. A historical marker on 1006 Bainbridge St., Philadelphia, designates Frances E.W. Harper House.

Dr. Nilgün Anadolu-Okur is the Presidential Professor of Africology and African American Studies and director of the DAAAS undergraduate program at Temple University’s College of Liberal Arts, in Philadelphia. She holds an interdisciplinary Ph.D. in African American Studies, Africology, American Studies, narrative and discourse analysis, as well as comparative theater and interdisciplinary communication. She is the chairperson of Faculty Senate Status of Women committee. She serves as an affiliated faculty at Gender, Sexuality, and Women’s Studies Program at Temple University. She has received grants and conducted research with her students in Harlem, and Pittsburgh, tracing James Baldwin and August Wilson’s writing careers. As a former Pennsylvania Humanities Council (PHC) Commonwealth speaker she toured Pennsylvania and lectured on Underground Railroad, Black Abolitionists, Harriet Tubman, Sojourner Truth, Frances E.W. Harper, Frederick Douglass, James Forten and Robert Purvis. She is the founder of the “Annual Underground Railroad Conference at Temple University,” since 2004. She has authored and edited research books, journal articles, and chapters including Dismantling Slavery: Frederick Douglass, William Lloyd Garrison and the Formation of the Abolitionist Discourse, 1841-1855; Contemporary African American Theater: Afrocentricity in the Works of Larry Neal, Amiri Baraka, and Charles Fuller; Essays Interpreting the Novels of Orhan Pamuk and Women, Islam, and Globalization in the 21st Century. Her articles are published in peer-reviewed national and international journals, reference books, and encyclopedias including Journal of Black Studies, Gender Issues, and Human and Society. She has published essays on women’s roles, mother goddesses, and role of motherhood in antiquity.