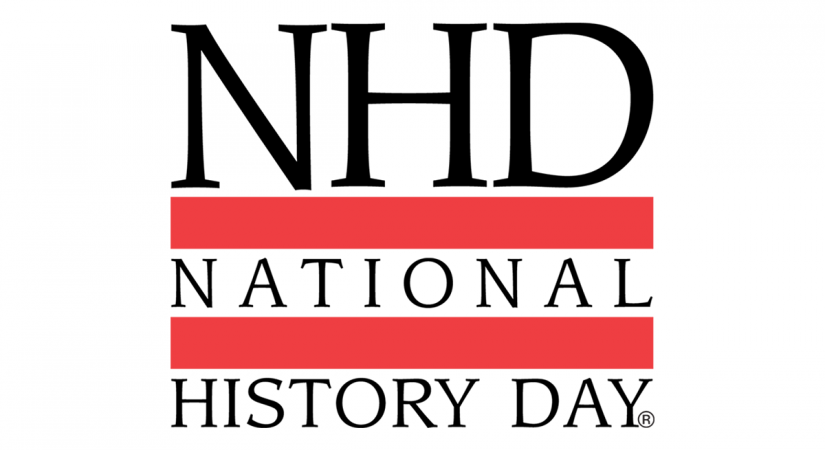 The National History Day Contest encourages middle and high school students to conduct historical research on a topic of their choice. Students enter these projects at the local level and top students advance to the national contest. For more information, visit www.nhd.org.

If you are participating student, including information from primary sources in your National History Day project will impress your teachers and contest judges and add another layer of research and authenticity to your project. But, working with primary sources can be a challenge because it’s very different from doing research online. The Rosenbach is here to help! We can suggest project topics, guide you towards materials that support that topic, help you learn how to use primary resources and even assist you with finding people to interview!

How do I do research with The Rosenbach? 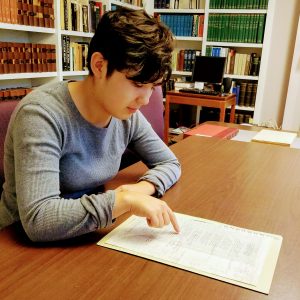 To do your research with The Rosenbach, you will first need to choose your topic. Click here for a list of possible National History Day topics.Then, to use the sources at The Rosenbach, you make a research appointment, which you can do by filling out this form rosenbach.org/research/make-an-appointment. Once you submit the form, it will get sent to the Rosenbach’s librarian and she will get in touch with you.

The Reading Room, which is the place you will do the research at the museum, is open at these times:

You cannot take books or other other library materials home with you. So, try to spend at least a couple hours at the library so that you have enough time. And if you run out of time? You can always make another appointment!

Have you made your appointment to do NHD research at the Rosenbach? Click here to prepare for your visit!

Below are suggested NHD Research Topics to connect to the 2019 Theme: Breaking Barriers in History

Phillis Wheatley: Phillis Wheatley was the first African American poet to be published in the U.S. As a child, Wheatley was brought to America as a slave and learned to read and write from her owners. Her poetry was published at the time with a letter from prominent community members certifying she had written the poems because the public would not have believed that a slave woman was capable of writing them. How did Wheatley break barriers imposed on enslaved people and women?

Native American Authors: Native American authors such as Paul Cufee Jr., Robert Benjamin Lewis, Simon Pokagon, and William Apess broke barriers for Native Americans by telling their own stories about the abuse of indigenous people during the settlement of the North American continent.

Early Abolitionism in America: Benjamin Lay and Ralph Sandiford were early Philadelphia-based Quaker abolitionists in the 1700s. How did early abolitionists such as Lay and Sandiford help to break barriers for enslaved persons and what was their impact on the abolitionist movement?

Westward Expansion and John C. Fremont: During the 1800s, John C. Fremont was an explorer of the American West, military officer during the Mexican-American war, and Senator. How did Fremont’s published works from his expeditions in the American West break barriers for future emigrants to the Western territories? What were the effects of Westward Expansion as territorial barriers were broken down in pursuit of “manifest destiny”?

The Civil War & Telegrams: The Civil War was the first large-scale war in U.S. history that utilized telegraphy for communication. Telegraphy helped to overcome barriers to effective communication – distance and time – by increasing the speed and accuracy of communication during the war. How do you think this impacted the Civil War?

Isabelle “Belle” Boyd: The infamous female spy Belle Boyd provided important information to the Confederate Army that she gathered from Union soldiers during the Civil War. How did Belle Boyd break barriers of convention surrounding women in society? How did she use those barriers to her advantage?

Abraham Lincoln: Lincoln served as the 16th president of the United States and led the U.S. through the Civil War. To what extent did Abraham Lincoln break down the barriers of slavery by issuing the Emancipation Proclamation?

Q: If I’m not sure what to put in a field, what should I do?
A: You can put something like “unsure”. The Librarian will be in touch with you with any questions!

Q: What do I put in the “Purpose” field?
A: You can put National History Day. The librarian will know what that means.

Q: What do I put for “Type of project”?
A: If you know which kind of NHD project: paper, performance, presentation, you can put that. If you aren’t sure yet, put what you are thinking of doing.

Q: What if I don’t know what specific material I will need yet?
A: That’s fine! You can put “I don’t know” or put the general topic – the librarian will ask questions and/or gather several options for you.

Q: What if I change my mind at some point?
A: That’s ok! Reach out to the librarian, or when you are at your appointment, you can talk about what you are thinking of changing to.

NHD Research at the Rosenbach FAQ

Q: Can my research group come together to research?
A: Yes, but each person needs to fill out their own research appointment form.

Q: Ok, I made an appointment and it has been confirmed. Now what?
A: To get into the Rosenbach’s Reading Room, make sure you have a school ID. If you don’t have a school ID, you can use an institutional identification card, a driver’s license, or passport. You will have to fill out a form about what you want to research and why. This is so staff members can help you locate what you need.

Students under the age of 13 of must be accompanied by a parent/guardian.