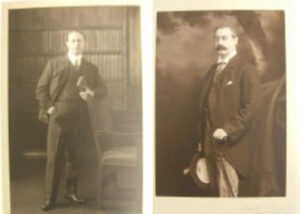 I am greatly looking forward to the time when visitors can return to The Rosenbach and enjoy the remarkable tours our guides provide of the historic house that was the home of Phillip and Abraham Rosenbach in the last two years of their lives.  Giving a tour is one of my greatest pleasures.

Starting in the Orientation Gallery you are making your first step into the brother’s home, leaving the lobby of 2006 Delancey Place and entering 2008 through the party door.  The room is sparse, the only furniture being a few chairs that face a wall where hang a few pictures.  Sitting down your eyes may first be drawn upward to the ceiling where Philip had the fresco, “Divine Providence,” from the Barberini Palace in Rome reproduced.

Another painting is behind you and above the fireplace.  Like books, paintings tell a story.  This is a portrait of the eldest of the eight Rosenbach siblings.  Hymen, the oldest sibling is seated.  Early in life Hymen showed signs of becoming a journalist, but his life was shortened by drink.  He passed in his early 30s.

The young person standing next to Hyman is his younger brother, Philip! 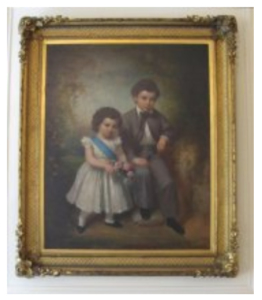 The painting dates to around 1865. Philip is 7 years old, and it is not unusual to put a young boy in a girl’s dress. The full-length portrait and the lace dress tell us that the Rosenbach family was wealthy, paying ‘an arm and a leg’ to have those arms and legs painted.

Indeed, at the time the Rosenbach family was reportedly the second richest Jewish family in Philadelphia.  Noteworthy is the fact that the wealthiest Jewish Family was headed up by the brothers’ aunt, Sophie, the older sister of their mother, Isabella.   And, the third wealthy Jewish family was headed up by Mary, another of Isabella’s older sisters.  The brother’s father, Morris Rosenbach, was in the dry goods business, selling cloth, shirts, underwear, and such.  At the time the need to clothe the soldiers of the Civil War made for a booming business.

Sadly, that wealth was not to last.

In the year 1876, the Centennial of the Nation, Abraham Rosenbach was born. To celebrate the Nation’s birth (if not Abraham’s), the Centennial International Exhibition, the first World’s Fair in the United States, was held in Philadelphia.  Centennial Hall, now home to the Please Touch Museum, is left over from that grand fair.

Morris Rosenbach, hoping to sell to the anticipated throng of visitors, published an elaborate and expensive catalog of his wares.  The short story is that the summer of 1876 was exceptionally warm, keeping attendance (and sales) low, and contributing perhaps to Morris Rosenbach’s bankruptcy the following year.  It necessitated a down-sizing by the Rosenbach family and a move to a smaller residence.

Morris passed away when Abraham Rosenbach was nine and Philip twenty.  This was another financial blow, and it fell to Philip, now the eldest living son, to support his family.  Fortunately, he had two wealthy aunts, and living with them, contributing to the household, was Uncle Mo, the mom’s older brother. 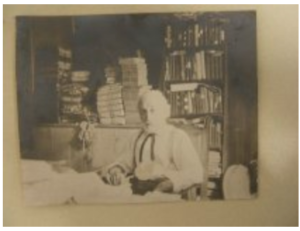 Moses Pollock was well known as an antiquarian book dealer in Philadelphia, and was the proprietor of the oldest continuously operating book store in the United States.  The shop had passed from one owner to another since its founding in 1780.  Uncle Mo had worked for the previous owners, McCarty & Davis, and on their passing, they left Moses enough money to take over the business.

It is a bit of a stretch to say that Uncle Mo was the seller of rare books for, certainly later in his life, once Uncle got his hands on a book, especially a piece of American history (which Moses Pollock felt was very undervalued), it was difficult to get it out of his hands.  Uncle Mo had a great influence on his youngest nephew, Abraham, who certainly learned a great deal about the book business, working in his uncle’s shop. Thanks to Uncle Mo, Americana remains the strongest holding in the Doctor’s library.

To support his family, Philip entered a string of businesses, at first a stationary store, then a bar on Chestnut Street, and finally, a gift shop located at 1320 Walnut Street.

All the while, Abraham, the bookish one, attended high school and went on to matriculate from the University of Pennsylvania in 1898.  In 1901 Abraham received his Ph.D. in English Literature from the same institution.  He was now Doctor Rosenbach. 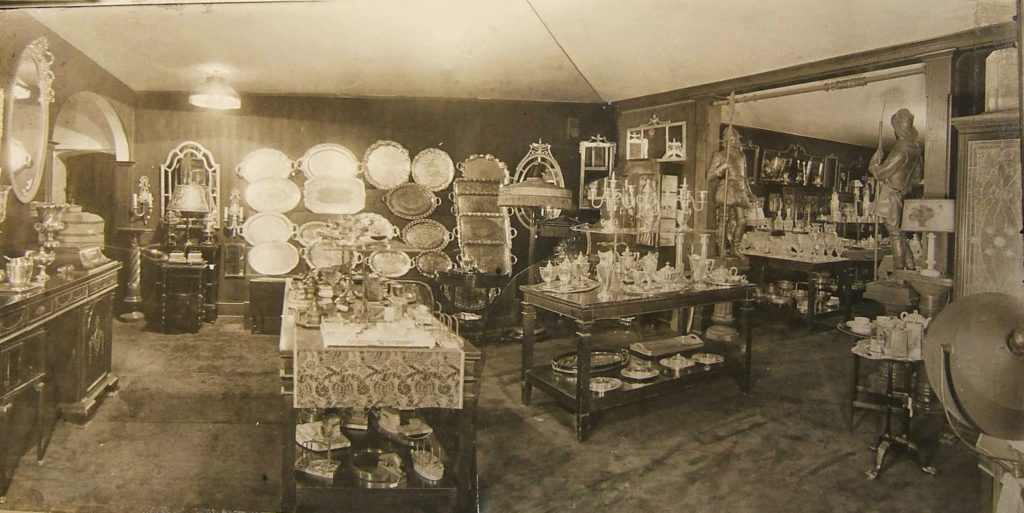 Doctor Rosenbach would have happily sought a career as a university professor and pursue his love of, and collecting of, books with as much funds as his salary would allow, but he felt he should go into business with his older brother.  In 1903 the Rosenbach Company was incorporated, selling fine furniture and art prints.

That same year, good for business, but very sad for the family, Uncle Mo passed away.  His three sisters were to inherit, and Isabella took her part of Uncle Mo’s estate as his stock of books.  Now, her bookish son had books to sell.

And sell he did.

One thought on “The House Tour, the Orientation Gallery, and the beginnings of Abraham and Philip Rosenbach”